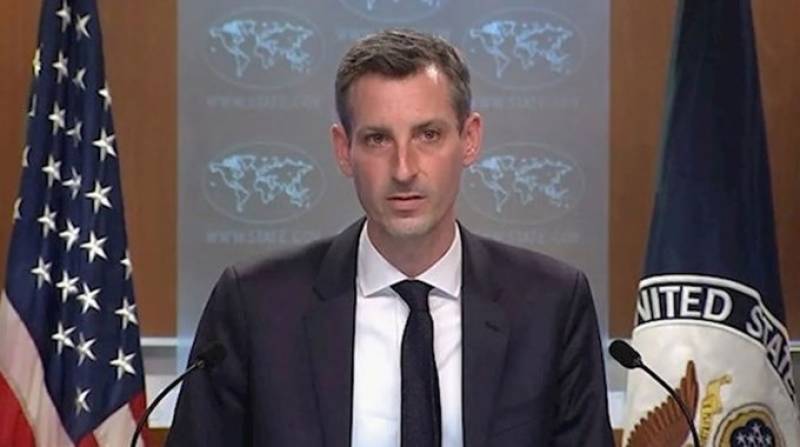 WASHINGTON – India suffered humiliation after the United States did not pay heed to its protest against the proposed foreign military sale worth $450 million to Pakistan to maintain its fleet of F-16 fighter jets.

Last Week, the Security Cooperation Agency of the US Department of Defense issued the required certificate for the possible sale of F-16 aircraft sustainment and related equipment to Pakistan.

The move made the India angry as its Ministry of External Affairs raised strong objections during a meeting with US Assistant Secretary of State for South and Central Asian Affairs Donald Lu in New Delhi, Indian media reported.

The Indian objection came despite a clarification from DSCA, which said that the proposed sale of this equipment and support will not alter the basic military balance in the region,

When asked about the Indian reservations, US State Department Spokesperson Ned Price replied, “well, we did recently notify Congress of a proposed foreign military sale valued at $450 million for maintenance and sustainment services for the Pakistani Air Force’s F-16 programme.”

He stressed Pakistan is an “important partner” of the US, particularly in efforts against terrorism.

“And as part of our longstanding policy, we provide life cycle maintenance and sustainment packages for US-origin platforms,” reports quoted him as saying.

“Pakistan’s F-16 programme, it's an important part of the broader US-Pakistan bilateral relationship, and this proposed sale will sustain Pakistan’s capability to meet current and future counterterrorism threats by maintaining the F-16 fleet. This is a fleet that allows Pakistan to support counterterrorism operations, and we expect Pakistan will take sustained action against all terrorist groups.”