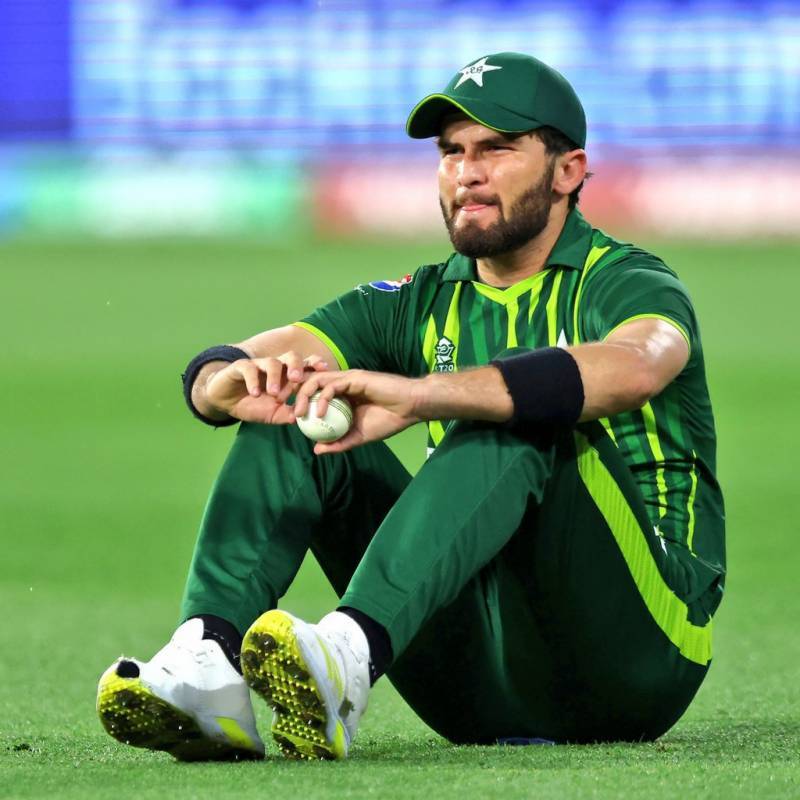 LAHORE – In a major setback for Green Shirts, key pacer Shaheen Shah Afridi was ruled out of the upcoming test series against England

During the final game, the young speedster took a crucial catch of Harry Brook to send the middle-order batter back to the pavilion, but he fell on his right knee, suffering a knee injury.

Reports in local media suggest that Haris Rauf will be part of the Test squad as England will visit South Asian country next month for a three-match series.

Afridi will undergo several scans after his return and the PCB medical board will decide a future course of action in light of his medical reports.

To fill his gap, officials also mulled other options for the home series against England team which is scheduled to reach Pakistan on November 27.

Afridi earlier returned to T20 World Cup after missing Asia Cup, as well as the historic T20I series at home against England, in wake of a knee injury.