A big surprise for fans of Shoaib Malik and Sania Mirza
14 Nov, 2022 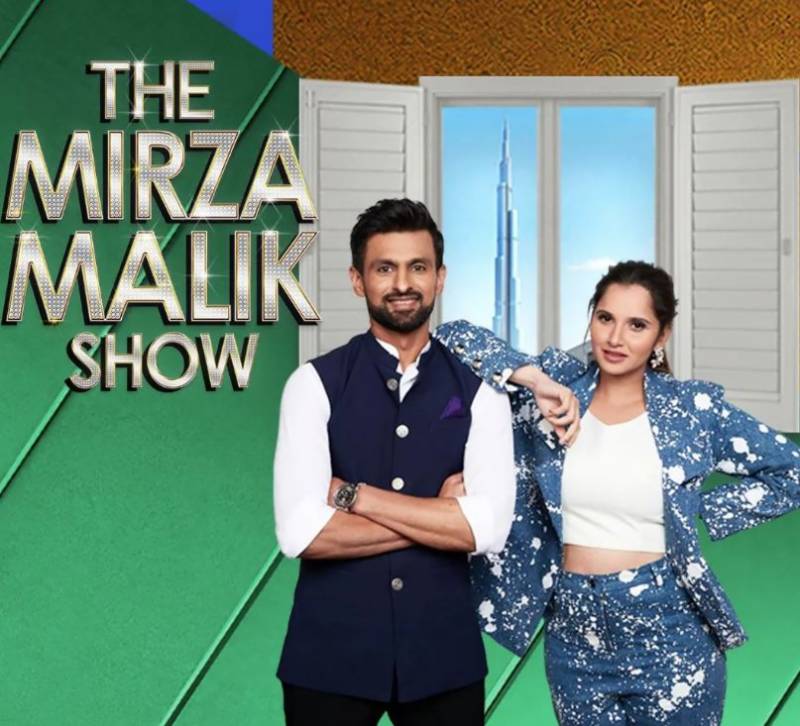 The cross-border star couple Shoaib Malik and Sania Mirza was in news for the last couple of days as reports suggested that the duo heading for a divorce.

As the rumours were rife, curios fans were given the first look of new talk show hosted by Sania and Shoaib.

As the first poster of the show was shared by country’s first Urdu OTT platform Urduflix, it started garnering attention with people wondering if the duo’s split was mere a publicity stunt ahead of the show.

The poster featured ace tennis star Sania Mirza and former Pakistani player Shoaib Malik with her hand on his shoulder posing for the cover. Burj Khalifa can be seen in a window in the background as the couple resided in UAE.