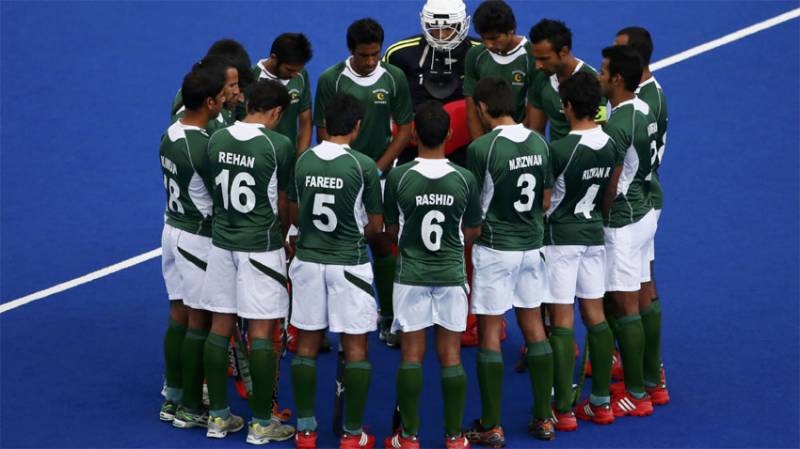 ISLAMABAD - Pakistan Hockey Federation has announced the hockey squad for forthcoming Hockey World Cup, to begin from 28 of this month at Bhubaneshwar, India.

According to the Chief Selector, Islahuddin Siddiqui, Rizwan Senior will lead the team while Immad Butt will be the Vice Captain.

Pakistan Hockey Federation has already announced the management of the national team which will be lead by head coach Tauqeer Ahmad.

Hockey teams from sixteen countries are participating in the Cup and have been divided into four pools.

Pakistan has been placed in Pool D with Germany, Malaysia and Netherlands.

This is the 14th edition of the Hockey Cup which will continue till 16th of next month.

Last year Australia had won the Cup by beating Argentina.