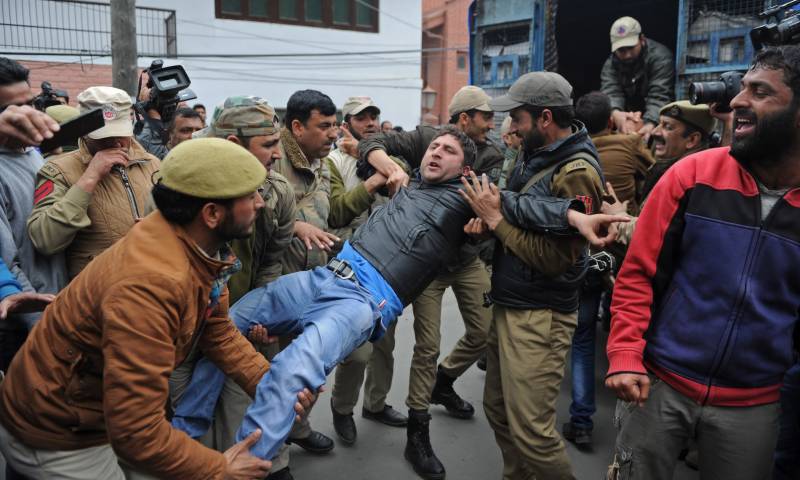 ISLAMABAD: Indian police arrested a woman and her two brothers during search operations in Srinagar.

According to Kashmir Media Service (KMS), the woman was arrested after the vehicle she was travelling in stopped by Indian police at Lawaypora on Srinagar-Baramulla highway, the police said.

Senior Superintendent of Police, Srinagar, Imtiaz Ismail talking to media claimed that the woman was over-ground worker of mujahideen. He also claimed to have recovered some ammunition from her possession. The woman was detained while the vehicle was seized, he added.

Police arrested two brothers of the woman during a raid on the residence of the woman at Ganaie Mohalla in Khunmoh on Srinagar outskirts late last night. The detained woman has been identified as Asiya Jan.

Meanwhile, Indian troops launched a cordon and search operation in Tral area of Pulwama district. Residents said that the personnel of Indian army’s 42 Rashtriya Rifles and Central Reserve Police Force deployed on Tral-Satura road near Lurow carried out searches in the area.