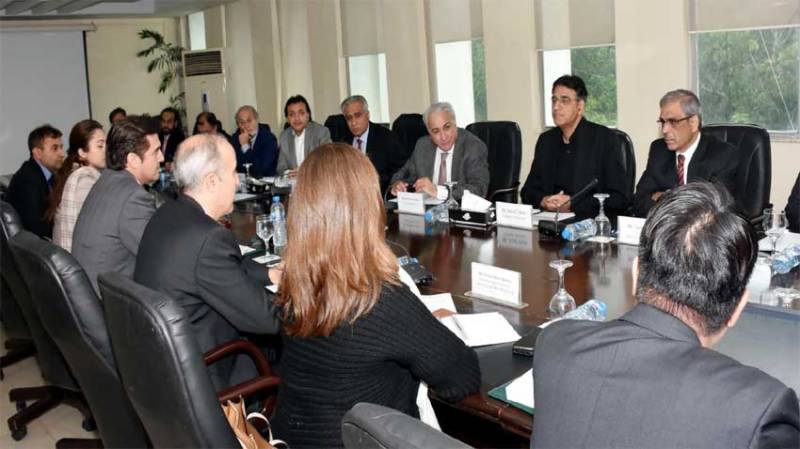 Finance Minister Asad Umar has said the government is determined to implement infrastructural and institutional reforms in the country.

Talking to the delegation of International Monetary Fund led by Harald Finger, in Islamabad (Tuesday), he informed about the economic vision of the PTI led government and said it has come into government with a vast agenda of reforms.

He said the government is also committed for protection of poor and deserving people of society.

Asad Umar said restoration of export and local industry is the top priority of the government.

The meeting also discussed the preliminary analysis of mission on performance of several sector of the economy.