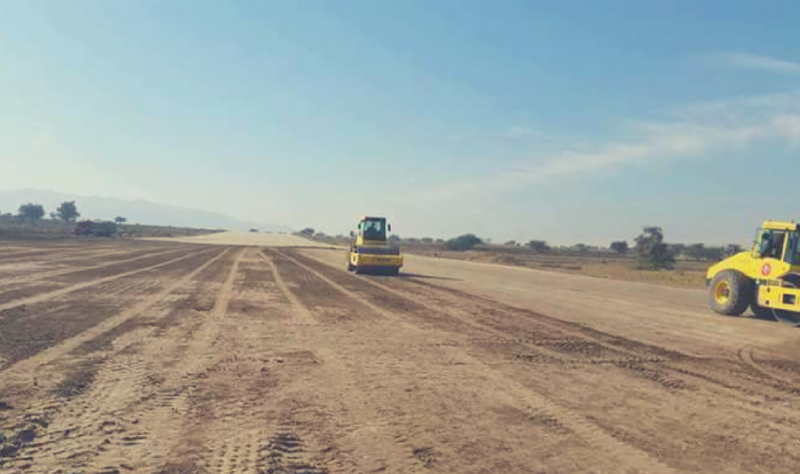 ISLAMABAD: Some of major under-construction road projects of National Highway Authority (NHA) launched during past four years would be completed next year.

The official said that three sections of the M-4 are already operational while its two remaining sections 62 km Gojra-Shorkot section and 64 km Shorkot-Khanewal of  will be completed by March and August next year respectively.

With the completion of two remaining sections, the M-4 project will be fully accomplished and become a part of the motorway network of the country.

He said the early development of western corridor was NHA `s top priority and its Hakla - D-I-Khan section (285 km) costing Rs 129 billion will be completed by the end of 2018 thus reducing the distance from Islamabad to Dera Ismail Khan to less than three hours.

The 230 km Lahore-Abdul Hakeem Motorway (M-3) would be completed with a cost of Rs149 billion by April next year.The M-3 project has  been divided into four parts and being constructed by two contractors through a joint venture of M/s China Railway 20 Group and M/s ZKB.The total cost of the six-lane motorway project is Rs 148.654 billion , he said.

Construction work of the project started in February 2016 and its completion is scheduled in August 2018.  He said that another important NHA project - Sialkot-Lahore Motorway would also be completed by August next year.

The project costing Rs 91.4 billion is being executed on Built-Operate and Transfer basis by Frontier Works Organization (FWO).

He said that 120-kilometre section of the motorway, part of China Pakistan Economic Corridor (CPEC), is expected to be completed in 42 months with a cost of Rs 133.98 billion.

He said that 393 km Sukkur-Multan motorway, part of the eastern route of China-Pakistan Economic Corridor (CPEC)  will be completed in 2019 at a cost of Rs 294 billion .Two sections of Multan-Sukkur Motorway including Multan-Uch Sharif and Sukkur- Sadiqabad will also be completed by June 2018.

It is worth a mention that Sukkur-Multan motorway starting from Sukkur and terminates at Multan after passing through Pano Akil, Ubauro, Ahmed East, Pirwala, Jalalpur, and 54 bridges would be built on the motorway, including a big one over river Sutlej.