Pakistan and Turkey decide to launch joint front against Israel at the international level
14 May, 2021 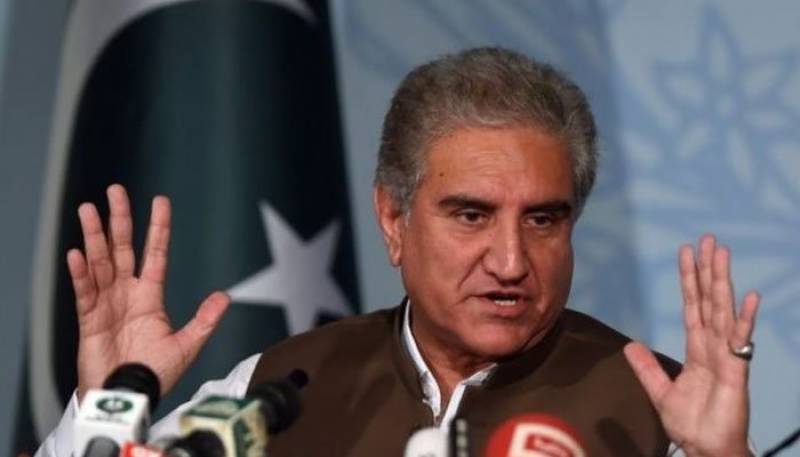 MULTAN: Foreign Minister Shah Mahmood Qureshi Thursday said that Pakistan and Turkey have decided to jointly move the United Nations, with consensus among the Muslim ummah, for an urgent meeting of the UN General Assembly on the Palestine issue to stop the horrendous brutalities of the Israeli army targeting Palestinians.

Talking to journalists after saying his Eid prayers at the mausoleum of Hazrat Bahauddin Zakariya Multani, Qureshi said that the whole Pakistani nation stands united on the issues of Kashmir and Palestine.

The foreign minister added that Turkey and Pakistan have adopted a joint strategy to convene a ministerial-level meeting of the Organisation of Islamic Cooperation (OIC) to develop consensus among the 57 Muslim countries to convene an urgent UNGA meeting on the Palestine issue.

Qureshi added that he was also tasked by PM Imran to talk to his Turkish counterpart, adding that he would contact the Turkish Foreign Minister (Today) Thursday.

FM Qureshi said that Pakistan has adopted a clear stance during the permanent representatives' meeting of the OIC held at Jeddah and added that other countries, including Turkey, have also expressed the same.

He said that they had presented a proposal and the Arab League also suggested convening an urgent ministerial-level meeting of the OIC on the Palestine issue to unite the 57 Muslim countries.

Qureshi said that the issue has been discussed at the security council and hoped it will be discussed further.

The foreign minister said that international organisations have faced troubles in Palestine due to Israeli violence and air strikes.

"And these organisations are also demanding immediate stoppage of atrocities in Palestine," he said, adding that world leaders should intensify efforts for peace and find out a solution to the longstanding dispute.

Qureshi said that Palestine and Kashmir issues are resolvable.

He, however, added that mobilising the Muslim ummah and international public opinion was vital to secure peace and protect the rights of the oppressed.

About the Afghan peace process, Shah Mahmood Qureshi said that the world has acknowledged and hailed the role of Pakistan for peace in Afghanistan.

Qureshi welcomed the Eid truce between the Taliban and the Afghan government, adding that the Intra-Afghan dialogue, which had started from Doha, has been heading forward.

He said it was a positive step of the Taliban and the Afghan government to opt for no hostility during Eid days.

Qureshi said that Pakistan wished and tried for permanent and lasting peace in Afghanistan and that it was in the best interest of Pakistan.

"Peace would mean safe borders and would enable Afghan refugees living in Pakistan to return to their country respectfully," he said.

The foreign minister said that peace in Afghanistan would also impact the national economy positively through regional connectivity.