Pakistan confers one of the highest civil award to top Chinese Official
14 May, 2019 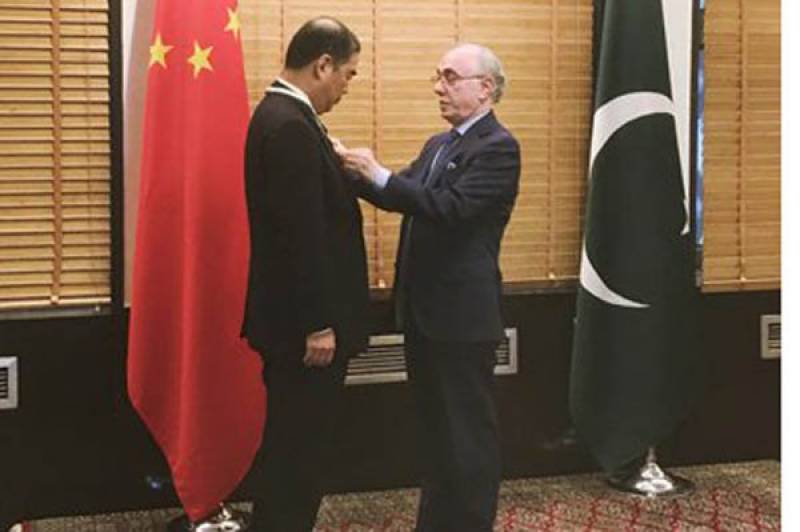 Ambassador of Pakistan in China Masood Khalid conferred the award, on behalf of the President of Pakistan, in recognition of Kong Xuanyou’s services towards Pakistan and further strengthening of Pakistan-China relations, said a press release. [image: Embedded video] link

Kong Xuanyou has been a great friend of Pakistan and an ardent advocate of Pakistan-China friendship. He has earnestly worked to promote and reinforce all weather friendship between China and Pakistan and has cultivated good will for Pakistan in different spheres of influence in China.

In his capacity as Assistant Minister and Vice Minister for Foreign Affairs for Asia, Kong led the Pakistan-China Strategic Dialogue aimed at promoting bilateral relations between the two countries.

Kong and his team had contributed enormously to achieving positive outcomes from regular high-level visits between Pakistan and China, including historic visit of President Xi Jinping to Pakistan in April 2015, and the launch and subsequent consolidation of CPEC.

The event was attended by the officers of Pakistan Embassy and Chinese Ministry of Foreign Affairs along with media representatives.