Who is Manzoor Pashteen? the true face of disgruntled Pashtun leader exposed
14 May, 2018 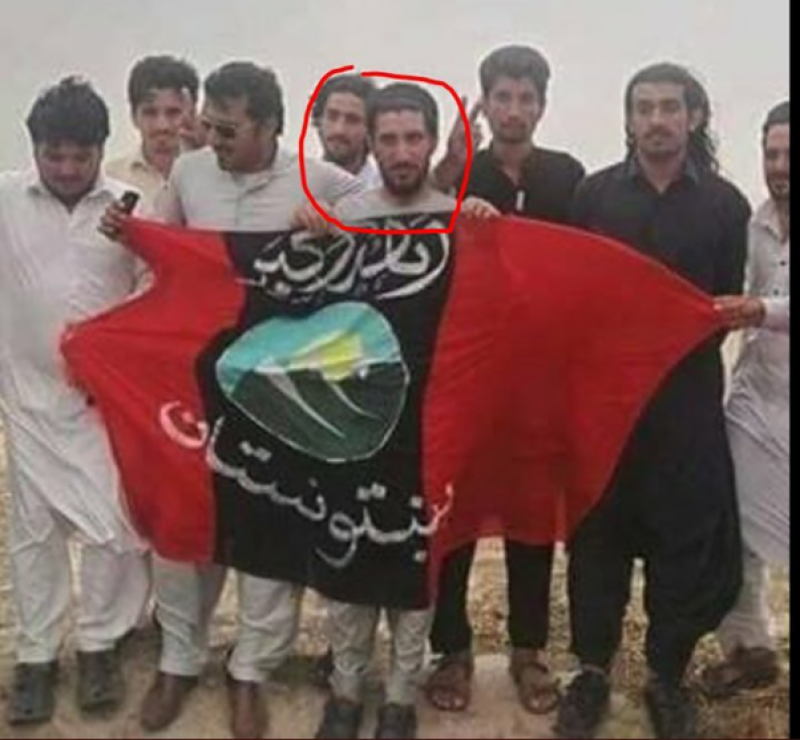 ISLAMABAD - Pashtun-Long-March and Pashtun-Tahafuz-Movement agitator Manzoor Pashteen is actually a pro TTP propagandist who sanctimoniously talks about peace, Pushtun rights and FATA’s people welfare. However this is his true face: <link>

He is the face of Pashtun-Tahafuz movement who raised the slogan of ‘Yeh jo dehshatgardi hai iske pechay wardi hai’ which means Pakistan Army is behind all the terrorism.

These sub-nationalists ethno-fascists were in hiding when Tehreek-e-Taliban were raising hell over KPK but now that the Pakistan army has buried talibans in the mountains of KPK after sacrificing 4 generals to thousands of high ranking officers and soldiers, they want army to remove their check posts so that the talibans can crawl back into Pakistan from their hideouts in Afghanistan.

They are raising anti state slogans and then complain with naivety as to why they are not being given media coverage.

(Manzoor sitting with Achakzai: A fringe sub-nationalist politician who wants to hand over KPK to Afghanistan)

Being a propagandist of tehreek-e-taliban Pakistan, Manzoor pashteen has been parroting their narrative for a while now. Much to the chagrin of his masters, he is not very smart.

He is someone who re-brands all of TTP's terrorist acts as acts by Pakistan Army including the APS massacre. His lies have been exposed which has reduced him to a laughing stock:

He copy pasted this image from a 2011 report by Mashaal Radio -- MASHAAL RADIO!!! -- that LITERALLY says the TALIBAN destroyed these homes! See the link[1] <link> :

This image is actually from Afghanistan, featured in this article written in 2007.[2] <link>

This is actually a picture from America featured in an article written in 2009, whose link is [3] <link>

Those were actually planted by TTP terrorists. Around the world, IEDs are exclusively used by terrorists/guerilla-fighters, not armies. Pakistan Army has lost countless personnel to TTP-laid IEDs.

Now after getting exposed he is denying his tweets claiming this twitter handle to be fake. All these tweets are 2 years old when he was just another unknown ethno-fascist, why would any one make a fake ID with his name.

Never since the biblical Zulekha’s time we had a stupid person expose himself so badly.