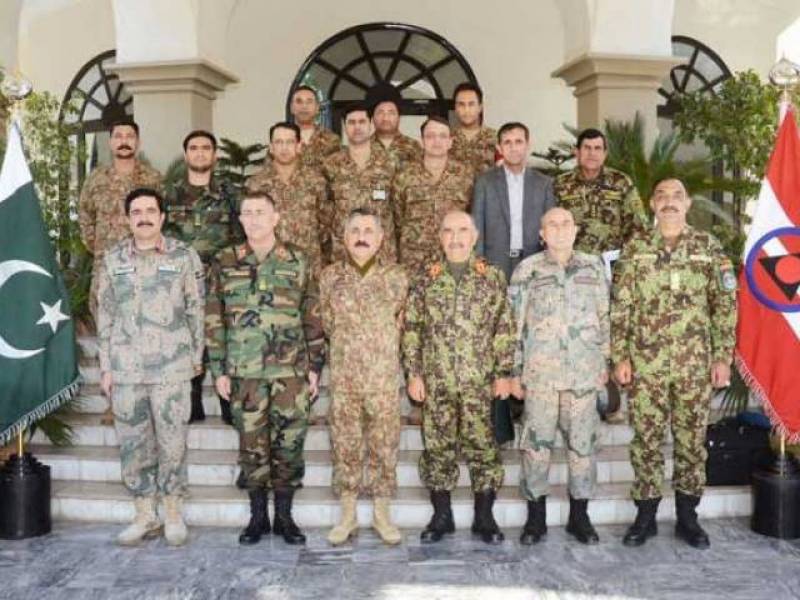 KABUL - The fourth round of bilateral talks between Kabul and Islamabad concluded in the format of the Afghanistan Pakistan Action Plan for Peace and Solidarity (APPS), reports have emerged suggesting that the Islamabad is keen to deploy senior army officials to Afghanistan, apparently to pave the way for bilateral cooperation on military level to counter the existent threats the two countries pose from the terror groups safe havens, TOLO News has reported.

Sources privy of the development have said that Islamabad is keen regarding the deployment of the top army generals boths by Pakistan and Afghanistan, to start from Embass level.

Ahead of the 4th round of the APPS meeting that the two sides will hold follow up discussions on the modality to deploy liaison officers (LOs) in both countries to share information about the presence and activities of suspects and to take action.

The sources further added that the deployment of LOs, who will be military officials at the brigadier or colonel level, could be deployed initially at the embassies in Islamabad and Kabul for joint supervision, coordination and confirmation mechanism.

“If the LOs system makes progress, LOs could later be deployed at GHQ in Pakistan and Defence Ministry in Kabul,” a source privy to the Pak-Afghan discussions said.