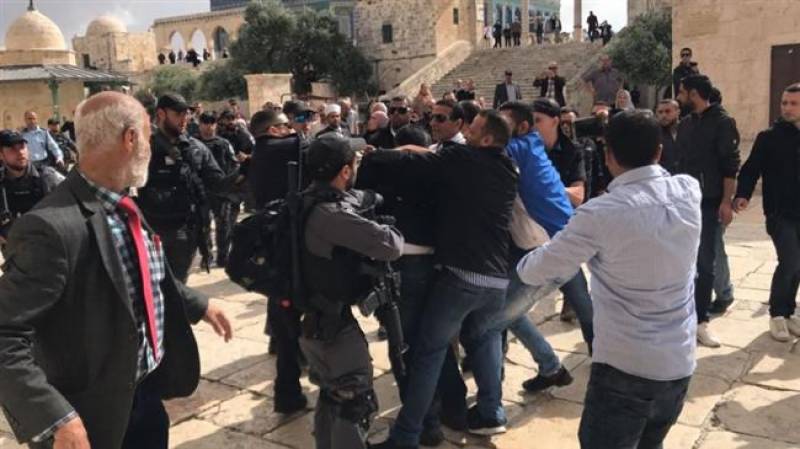 JERUSALEM - *More than a thousand of Israeli settlers have stormed the al-Aqsa Mosque compound in the Israeli-occupied Old City of East Jerusalem al-Quds amid frequent acts of violence committed by Israeli forces and settlers against the Palestinian people.*

Palestinian sources, speaking on condition of anonymity, said a total of 1,042 settlers and dozens of intelligence agents forced their way into the holy site through the Bab al-Magharibah under the tight protection of several groups of Israeli soldiers and special police forces, Arabic-language Safa news agency reported.

The settlers performed acts deemed provocative by Palestinians in the mosque courtyard, and were given explanations about Solomon's Temple – also known as the First Temple.

The Israeli settlers then read Talmud verses out loud.

Israeli forces arrested al-Aqsa Mosque guard, Muhammad al-Salhi, after he was assaulted while approaching the settlers.