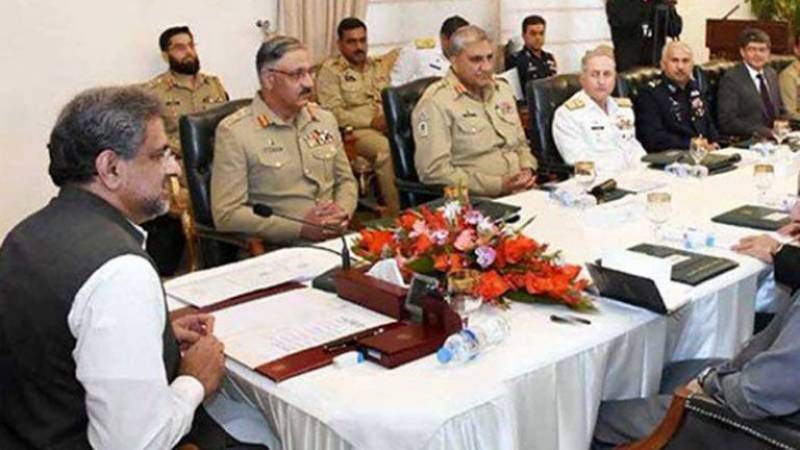 The Defence and newly appointed Foreign Minister Khurram Dastgir is also present at the high-level meeting.

The army suggested to the Prime Minister to hold the NSC meeting after former premier Nawaz Sharif insinuated that state elements might have been responsible in the violence that gripped Mumbai, India’s financial capital in 2008, and that left nearly 170 people dead.

In an interview to English daily Dawn, Nawaz Sharif said,

“Militant organisations are active. Call them non-state actors, should we allow them to cross the border and kill 150 people in Mumbai? Explain it to me. Why can’t we complete the trial?”

Indian media was quick to pick up Sharif’s remarks, claiming the former PM had vindicated India’s official stance that Pakistan was involved in the Mumbai attacks.