India has failed in Kashmir: Former CM Farooq Abdullah
14 May, 2018 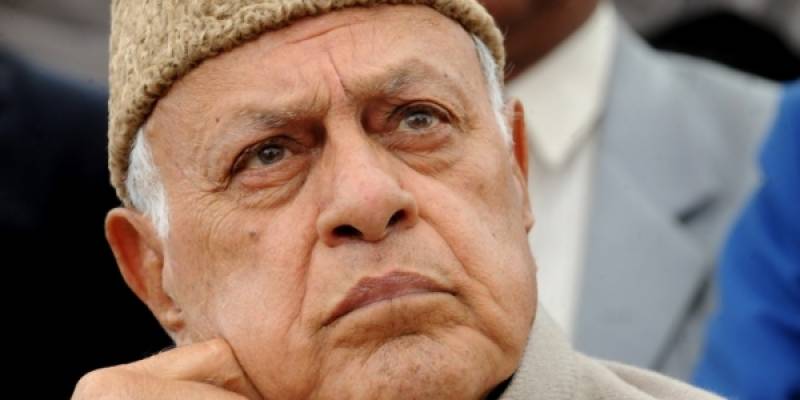 SRINAGAR: National Conference president Farooq Abdullah said today that the Centre was watching the situation in Jammu and Kashmir as a "mute spectator" and that the BJP was not ready to listen to reason on Kashmir.

"The BJP government at the Centre instead of helping us get out of this vortex of violence is watching as a mute spectator. They seem to have given up on the state and have so far failed in bringing in a workable, practical and sensible way-out," Abdullah said at a meeting of the National Conference provincial committee here.

The Lok Sabha member from Srinagar said the BJP leadership was dogmatic in their approach towards Kashmir.

"When it comes to Kashmir, the present leadership of the BJP is so dogmatic in their approach that they are not ready to listen to reason," he said.

Blaming the state government as well as the Centre for the rapidly deteriorating situation, Abdullah said deaths, communal polarisation, chaos and anarchy have engulfed all the three regions of the state.

"Under the present PDP-BJP government, the people of the state are being pitted against one another along regional and religious lines. This is being done with a design to seek specific political dividends by the ruling regime," he alleged.

Expressing concern over the deteriorating law and order scenario in the state, the former chief minister said that frequent killings had led to a situation where the youths were being pushed into an area of confrontation and that they would subsequently become the victims of this conflict.

"Being the head of the state and of the unified headquarters, Chief Minster Mehbooba Mufti has failed completely to put a stop to civilian casualties. It is time for both PDP and BJP to do some introspection and listen to voices from the ground and do some course correction which I am afraid to say is too late," he added.