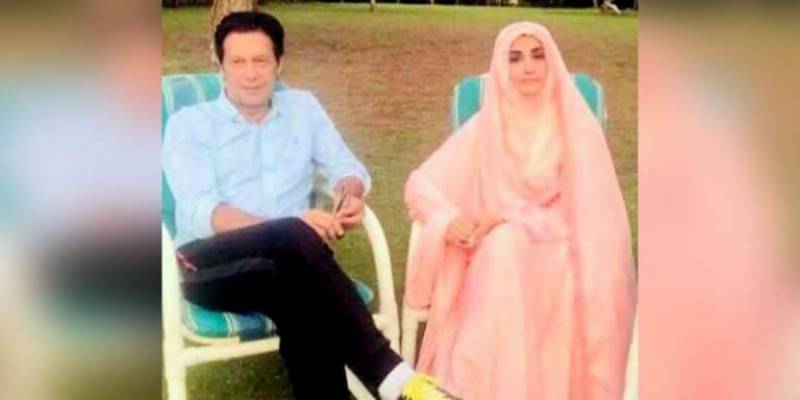 The authenticity of the picture, which was apparently taken at Khan’s residence in Banigala, was not confirmed by a party official yet.

The picture hit the social media after a recent controversy claimed that PTI chief’s third wife has returned to her maternal home after differences with her spouse. However, Imran Khan has vehemently denied the reports regarding his dispute with his third wife and spiritual mentor.

The PTI chief was seen wearing black pants with a formal blue shirt while Bushra Bibi wore a pink hijab-gown, revealing her face only.

After the picture was shared on social media, it was flooded with prayers, praise and criticism.

Imran Khan tied the knot with a woman he used to visit for spiritual guidance earlier this year. The Nikkah was solemnised by Mufti Saeed in Lahore.