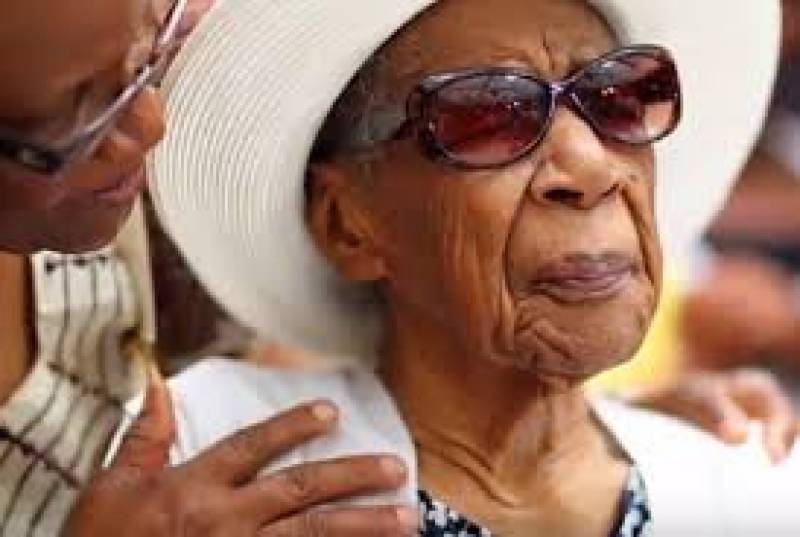 The oldest person in the world, a 116-year-old woman in New York whose life spanned three centuries, has died, a research group said Friday.

The title now goes to an Italian woman who is younger by four months.

Susannah Mushatt Jones was born on July 6, 1899 in the southern US state of Alabama.

She was one of 10 children in a poor family, the daughter of a cotton picker.

In 1922, Jones went to New York and worked as a nanny before moving to California in the 1940s, Young said. She returned to Alabama before finally settling back in New York.

The secret to her long life?

"She liked bacon and eggs, she liked to sleep a lot, she didn't drink and smoke, she did marry but she didn't have any kids," Young said.

Jones was entered into the Guinness Book of Records as the world's oldest person in July 2015.

In 2005, when she celebrated her 106th birthday, she told New York's housing authority: "I surround myself with love and positive energy. That's the key to long life and happiness."

The world's oldest person is now Emma Morano of Verbania in northwest Italy, who was born November 29, 1899, Young said.

She is the last known person in the world born in the 19th century.

As of last year, she was still living alone in her two-room apartment.

Morano credited her long life to being independent, having left an abusive husband in 1938 and remaining single ever since, the New York Times reported last year.

She also cited a habit of eating two raw eggs and a cooked egg every day.

The world's longest-living person on record was Jeanne Calment of France, who died at 122 years and 164 days in 1997.