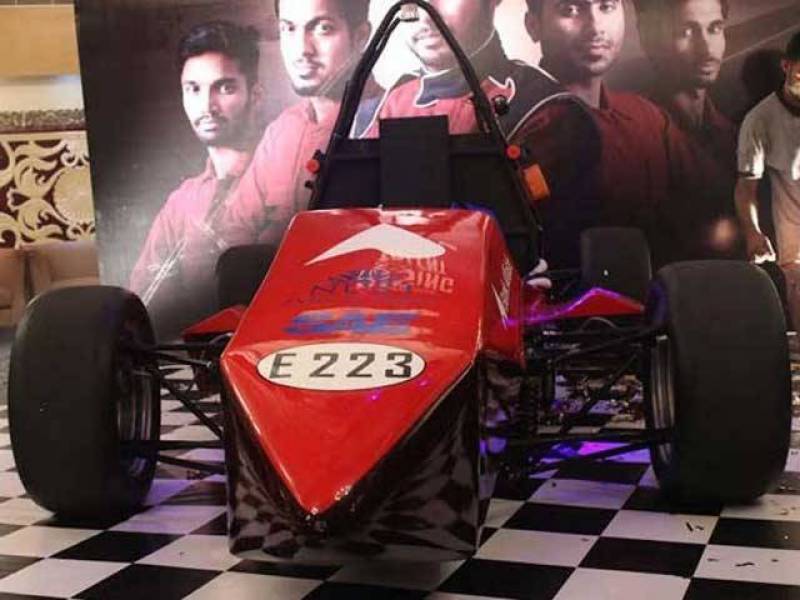 KARACHI: The students of National University of Science and Technology (NUST) Pakistan have designed country first formula electric car that would be presented in an international competition going to be held in America.

As per details, unveiling ceremony of first formula electric car designed by engineering students of NUST was held today in local hotel in Karachi.

This formula car can travel at a speed of 100 kilometer per hour with the help of electric power while it has been completely designed in Pakistan.

Team of students who designed first formula electric car is only Asian team which was elected in FSAE Electric competition held in United States.

Pakistani students declared it a big achievement keeping in view the standard of SAE International that’s why only Asian team would represent Pakistan in a competition among universities throughout the world.

Students consumed 16 months in research, planning, designing of the car while Pakistani students have also been supported by a private bank in terms of finance.