How India is changing the demography on Indian Occupied Kashmir?
14 May, 2016 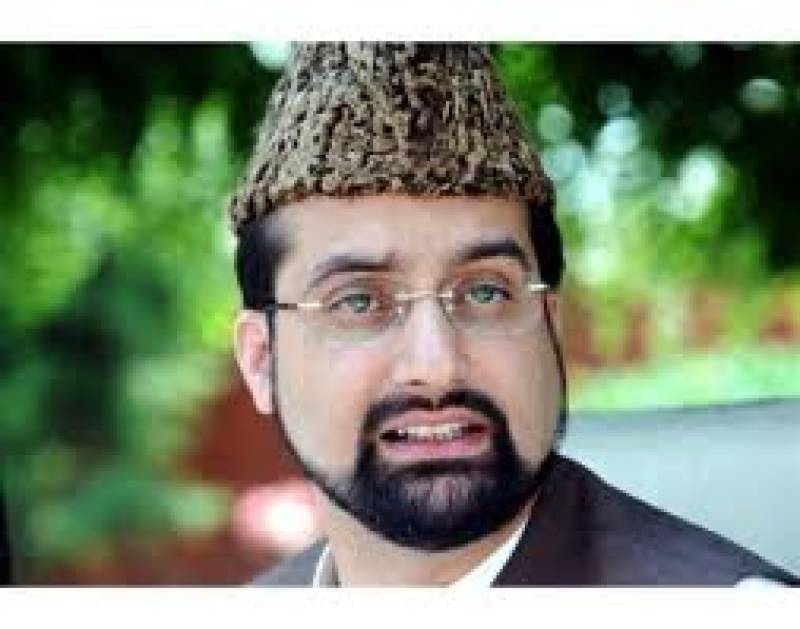 ISLAMABAD: (APP) How India is changing the demography on Indian Occupied Kashmir?

The Chairman of his own Hurriyet forum, Mirwaiz Umar Farooq has said that the pro-India parties are making Kashmiris economically, politically and socially dependent on India.

Mirwaiz Umar Farooq addressing a public gathering in Srinagar said that in the name of colonies for retired Indian soldiers and the new industrial policy, every tactic was being used to grab the lands of Kashmiris.

"Here thousands of acres of land are already under the illegal occupation of Indian Army, Kashmir Media Service reported.

He urged the Kashmir Chamber of Commerce and Industries (KCCI) and other business organizations to create awareness about these issues among the public.

He said that his forum, with the support of people, would oppose any such move by the authorities tooth and nail.

Mirwaiz Umar Farooq while referring to the martyrdom anniversaries of Mirwaiz Molvi Muhammad Farooq, Khawaja Abdul Ghani Lone and martyrs of Hawal,said that tributes would be paid to them during the Martyrdom Week to be observed from Monday (May 16).

He said that after the martyrdom of Moulvi Farooq on May 21 in 1990, around 70 mourners who were part of the funeral procession, were martyred by Indian troops at Hawal and from that day thousands of unarmed Kashmiris had been martyred in a systematic way.

"On May 21, a massive public rally would be held at Martyrs Graveyard in Srinagar where glowing tributes would be paid to Mirwaiz Molvi Muhammad Farooq, Khawaja Abdul Ghani Lone, martyrs of Hawal and all other Kashmiri martyrs. He said that complete shutdown would be observed on the day.