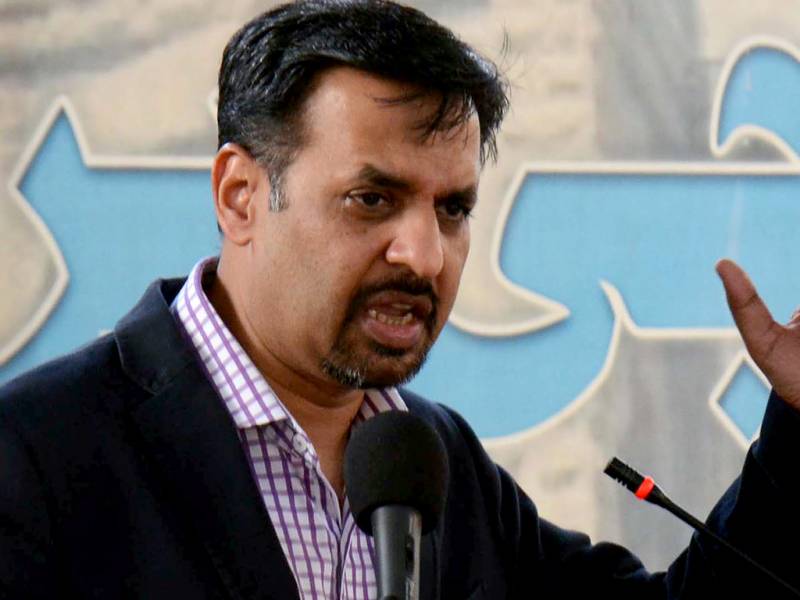 HYDERABAD: Chairman Pak Sarzameen Party (PSP) Mustafa Kamal has emphasized upon the Sindh Government to devolve the powers to local government institutions in order to bring progress and prosperity in every nook and corner of the province.

The poverty and hunger claiming the lives of minors in Tharparkar while the growers of Badin have no water for cultivation of their agriculture fields, he said while addressing the business community at a reception arranged by Hyderabad Chamber of Commerce and Industry here at its secretariat on Wednesday.

He demanded from Chairman PPP Bilawal Bhutto Zardari, Co-Chairman Asif Ali Zardari and Sindh Chief Minister Syed Murad Ali Shah to ensure provision of development grants according to share of each district of the province.

He said that tens of thousands residents of Karachi become jobless in the name of anti-encroachment campaign which also raised their residences at ground. The price hike caused the life of common people miserable and instead of providing job opportunities, the jobs are being snatched from employed persons, he added.

Mustafa Kamal was critical over the economic policies adding that no positive change was witnessed in the economy of the country during last eight months adding that the tax net has been reduced due to unnecessary pressure from FBR officials upon the business community.

The Chairman PSP called upon the business community of Hyderabad to extend cooperation with his party adding that party leadership would make all out efforts to address their issues.

Earlier, the President HCCI Muhammad Saleem Shaikh in his welcome address appreciated the performance of Mustafa Kaml as Nazim Karachi adding that his services for building infrastructure of Karachi would be long remembered.