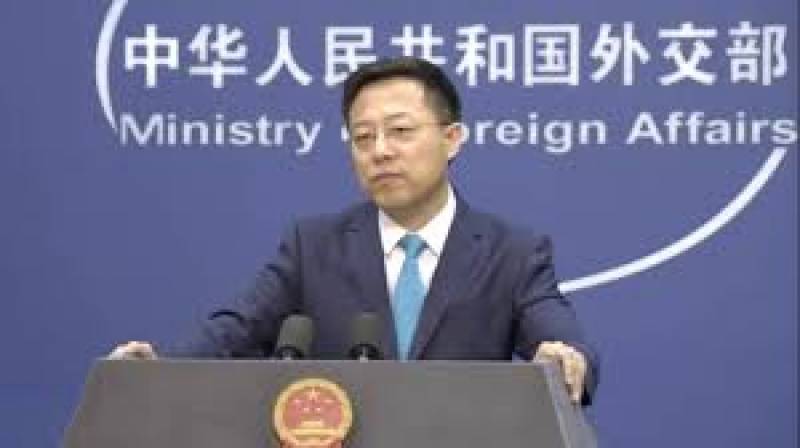 ISLAMABAD-BEIJING,China on Tuesday expressed its firm support for the Joint Comprehensive Plan of Action (JCPOA), calling on all parties to strengthen dialogue and consultation within the framework.

“China believes that preserving and implementing the JCPOA is the right way to resolve the Iranian nuclear issue.”

Iran's scaling back of compliance was the result of the maximum pressure exerted by the United States, she added.

Hua remarked that the parties to the JCPOA should strengthen dialogue and consultation within the framework of the Joint Commission, seek a solution to the compliance dispute in a step-by-step and reciprocal approach, and restore the balance of rights and obligations under the JCPOA.

The parties should support strengthened dialogue and cooperation between the International Atomic Energy Agency (IAEA) and Iran in order to properly resolve the safeguards issue as soon as possible.

The spokersperson said on the Iranian nuclear issue, China's unwavering aim was to maintain the international nuclear non-proliferation regime, and peace and stability in the Middle East, and to uphold multilateralism, the authority of the United Nations, and the international order based on international law.

In the process of negotiating the JCPOA, she added, China actively promoted peace talks, put forward China's proposals at a critical moments and made due contributions to reaching the agreement.

She said in the implementation of the agreement, China had conscientiously fulfilled its obligations and led the Arak Modernization Project with positive progress, which had become a major highlight.

"No matter how the international situation evolves, China will always stand on the right side of history and work with other parties to the JCPOA to continue advancing the political and diplomatic resolution of the Iranian nuclear issue. At the same time, we will firmly safeguard our legitimate rights and interests.”

This July 14 marks the fifth anniversary of the conclusion of the Joint Comprehensive Plan of Action (JCPOA).