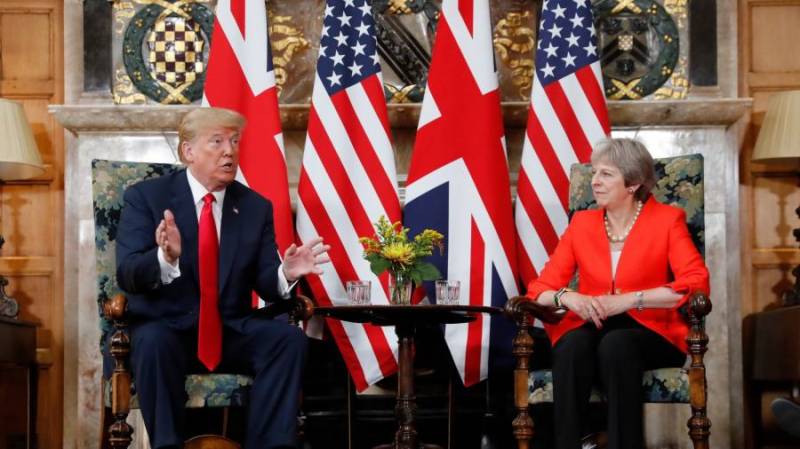 WASHINGTON: US President Donald Trump has said relationship between the United States and Britain have never been stronger.

Mrs May said they had discussed plans for an ambitious trade agreement with the US..

Trump's first official visit to Britain was overshadowed by his scathing criticism of Theresa May's plans for leaving the European Union.