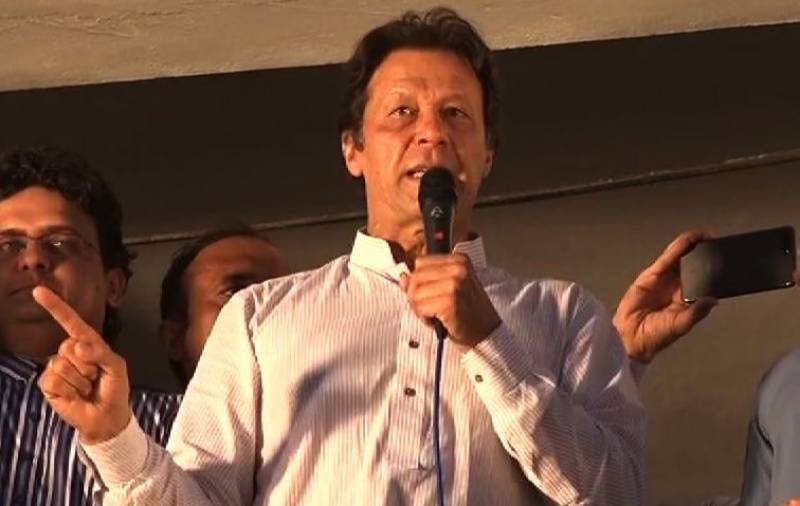 ISLAMABAD: PTI chairman Imran Khan said Friday evening that he was declared Sadiq and Ameen by the Supreme Court of Pakistan.

“The man who stole Rs 300 billion is coming back in a plane,” Mr Khan said, referring to former PM Nawaz Sharif. “We don’t have money to run the country.”

The PTI chairman was addressing a party’s election rally in Islamabad.

He said that the PTI would resolve the water crisis after coming into power.

“They gave nothing to this country except problems,” the PTI chairman said, criticizing Nawaz Sharif and Asif Zardari.