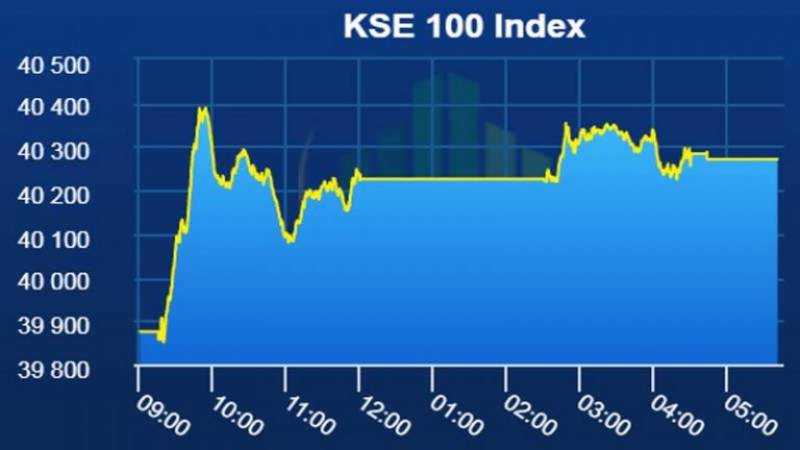 KARACHI - Pakistan Stock Exchange remained positive throughout the session Friday as the KSE-100 Index appeared to not be fazed by the arrival of Nawaz Sharif in Lahore.

The Benchmark KSE-100 index continued its upward streak with positive sentiments as the market closed the session in green with gain of +395.88 points to record at 40271 points.

The Bull Run witnessed on local bourse as it registered a surge of 1 percnet. This Bull Run primarily led by indexed heavy sector banking on the back of anticipation of another 50-bps hike in policy rate.

“We are expecting 50bps hike in monetary policy announcement today, which is inline with market consensus”, said an analyst at Ismail Iqbal Securities.