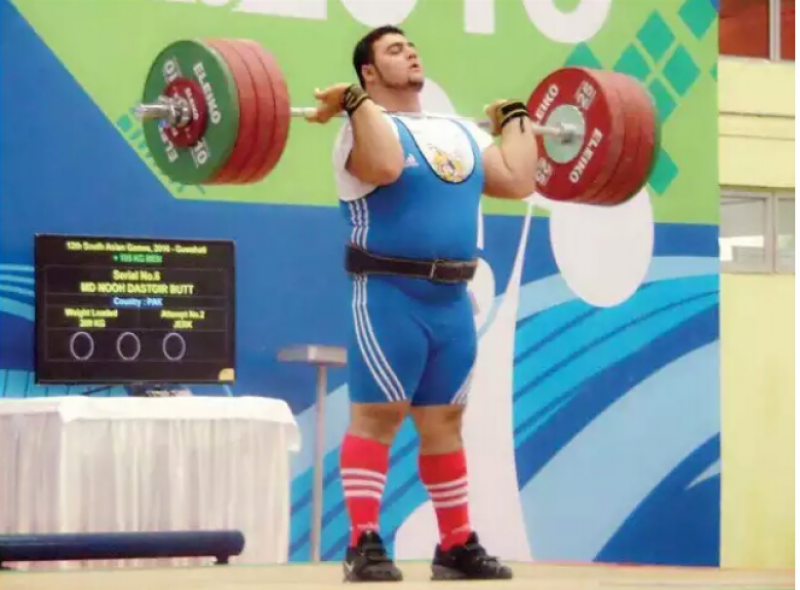 KARACHI – Pakistan’s weightlifter Nooh Dastagir Butt managed to smash a record at the Commonwealth Games 2018 by registering the highest-ever weight by a junior in the +105kg event while also earning the country its second medal at the event on Monday.

Butt won a bronze after he bettered his previous record of 389kg at the Commonwealth Weightlifting Championship that also took place in Gold Coast, Australia last year.

At the Games, he lifted a total of 395kg to make a junior record, edging past India’s Gurdeep Singh but falling behind New Zealand’s David Liti, who lifted 403kg, and Lauititi Lui (400kg) for the top two spots, reported Express Tribune.

If Nooh had managed to get five of his six attempts successful, he could’ve got us the gold,” Pakistan Weightlifting Federation Vice-President Rashed Malik, who has had a major hand in developing the new crop of athletes.

The 20-year-old has been training vigorously to achieve that feat and is among the seven weightlifters to represent the country at the Games.

This is just the second medal for Pakistan in the Games, with Nooh’s fellow weightlifter Talha Talib also breaking a record in the 62kg event while clinching bronze.

The youngsters have been working hard to achieve their goals since 2014 and out of a Pakistani contingent of 56 athletes, these two are the only ones to have delivered any medals so far.

Pakistan are currently on 26th position in the rankings table.