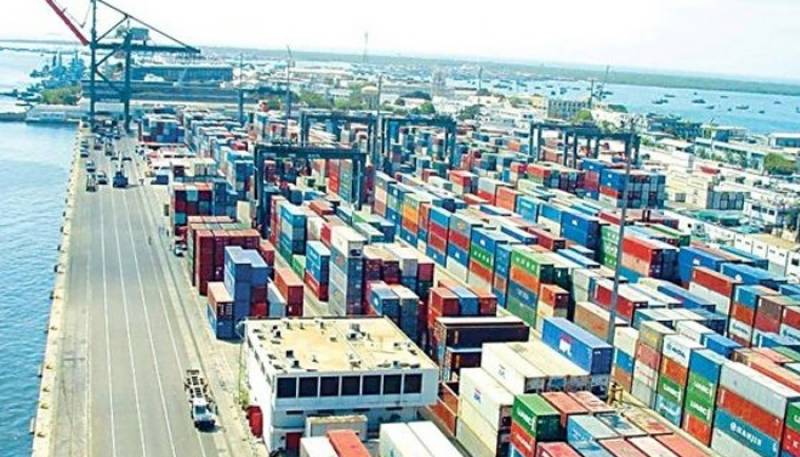 “The project is estimated to cost $8 billion and can be completed within five years,” Akhtar said, addressing a news conference.

“We have quite positive response from Chinese and companies in the west in this regard.” KPT chief said the project is primarily aimed at interconnectivity of the country’s ports.

Minister for Maritime Affairs Abdullah Hussain Haroon said Karachi port is being strangulated as more than 30 percent of KPT’s lands are encroached, locking entry and exit routes of the port.

Haroon said KPT is also planning to establish 300 megawatts of power plant and a water desalination plant with a capacity of producing 150 million gallons/day.

“We would prefer a joint venture for the project, but KPT can also do it on its own.”

Earlier, maritime minister reviewed the progress of the port projects.

Chairman KPT briefed him about the infrastructure projects of the port including shuttle freight train from KPT to Dhabeji, chemical and edible oil terminal, cargo village and industrial park.

He said KPT has taken Pakistan Railways onboard to enhance cargo transportation.

Port Qasim and its adjoining industrial area assumed much importance in the recent past due mainly to various planned industrial units in the vicinity.

Government has acquired 1,500 acres of land from Pakistan Steel Mills to set up an industrial park, as a part of China-Pakistan Economic Corridor (CPEC) projects.

China pledged more than $60 billion to build infrastructure and set up power plants, while a number of special economic zones are envisaged under CPEC.

Port Qasim is also important for investors who planned to set up auto and other plants in the National Industrial Park in Bin Qasim.

Kia-Lucy Motors planned more than $100 million of investment to set up auto assembling plant near the port.

A Dutch firm is also planning an egg processing plant, which will be the first-of-its-kind in the country, in the area.

In December last year, the first unit of two coal-fired power plants – each having 660MW of production capacity – started production.

The coal-fired power project is being developed by a consortium of Al-Mirqab Capital of Qatar and Power China with a cost of $2.08 billion at Port Qasim.