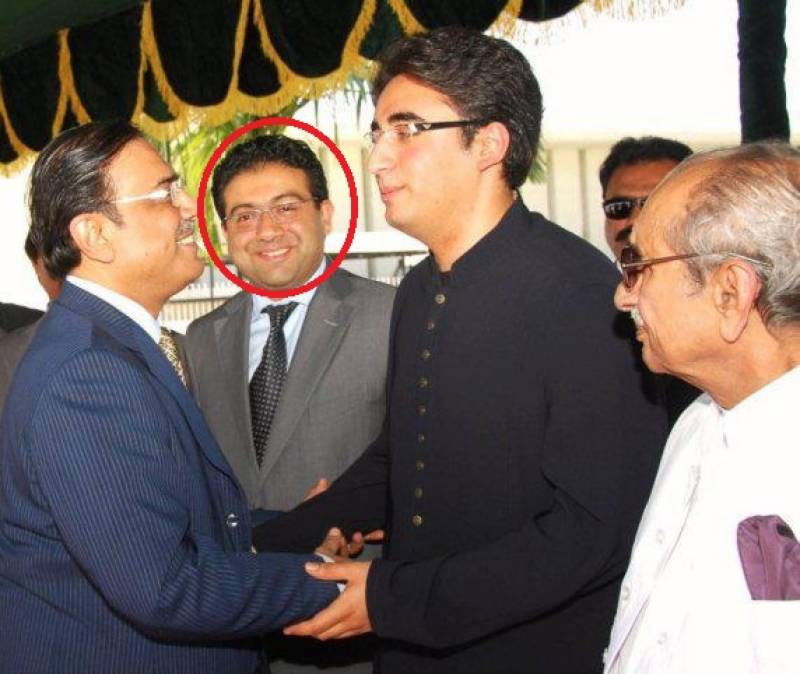 ISLAMABAD: Investigators probing one of the country’s biggest money laundering scams informed the Supreme Court (SC) on Thursday that a chunk of illegally parked money went into an account believed to be maintained by former President Asif Ali Zardari’s aide Awais Muzaffar Tappi who is residing in Dubai.

Federal Investigation Agency (FIA) Director General Bashir Memon, during the course of proceedings, personally submitted a confidential bank statement of M/S Zardari Group of Companies Private Ltd. which revealed an alleged link of the said group with an episode of illegally parked money worth Rs35 billion, with growing volume of Rs70 billion from 29 to 65 fake accounts maintained by around 26 companies and individuals.

“We’ve handed over an undeniable evidence to SCP today [July 12] where Zardari Group of Companies Pvt. Ltd. received Rs30 million from two different 'benami' accounts [one of them has been traced out]. Other smaller payments have also been deposited into this group' accounts from the said accounts,” claimed a senior official of FIA who is also a member of the Joint Investigation Agency (JIT) probing this case.

“Faryal Talpur had signed a cheque worth Rs30 million in name of Awais Muzaffar Tappi—this amount went from Zardari Group of Companies’ account,” claimed the investigator quoting gist of bank statement submitted with the apex court on Thursday. "We'r going to summon him [Owais Muzaffar] soon," added the investigator.

FIA team is now probing either any other amount was also sent to Mr Tappi’s accounts or not. JIT headed by Dr Najaf Mirza is also probing the alleged link of Anwar Majeed’s accounts with Awais Muzaffar's, FIA officials said.

FIA probing team submitted a confidential final report prepared by the State Bank of Pakistan with the SC which revealed that investigators have yet to collect information about 17 more fake accounts which could even expand volume of this laundered amount in coming weeks. FIA, however, fetched details of 12 accounts which were involving around 26 companies and individuals who allegedly illegally parked over Rs35 billion, revealed 470-page report, exclusively obtained with Geo News.