US does not agree with Congress Committee recommendations against Pakistan
14 Jul, 2016 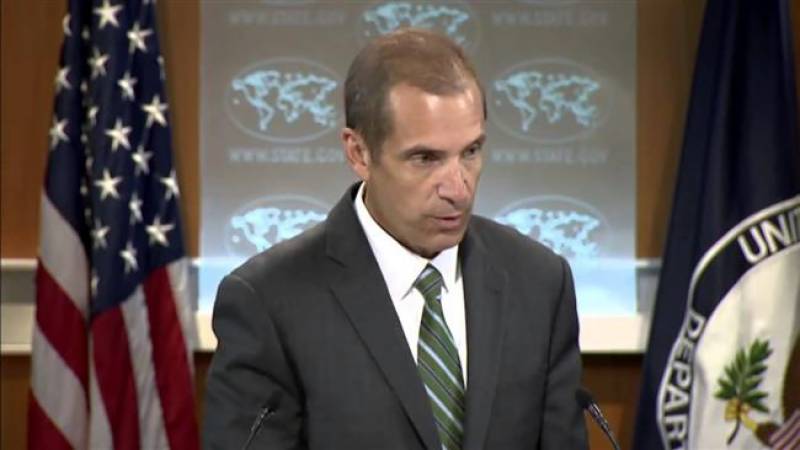 WASHINGTON: (APP) United States has once again acknowledged Pakistan’s sacrifices in war on terror. Spokesperson for the Department of the State said that Chief of Army Staff, General Raheel Sharif’s efforts to eliminate terrorism are laudable.

The department stated that it does not agree with Congress sub-committee’s recommendation of ending aid to Pakistan. Pakistan has endured irreparable losses in war on terror, said spokesperson Mark Toner adding that bilateral term with Pakistan are in United States extensive interest.

The representative of the department further said that Pakistan is a key ally of the United States in its war on terror. However, Toner did not talk about extension in Chief of Army Staff tenure as proposed by some sections.

Commenting on Kashmir dispute, the department stated that Pakistan and India need to resolve the issue through talks and understanding. State Department’s disagreement with sub-committee’s recommendation has come in a day after it proposed halting every kind of aid being given to Pakistan.

The recommendation was made after leveling allegations that Pakistan does not target terrorists who plan attacks on foreign countries and that it needs to change its policy that favours terror.