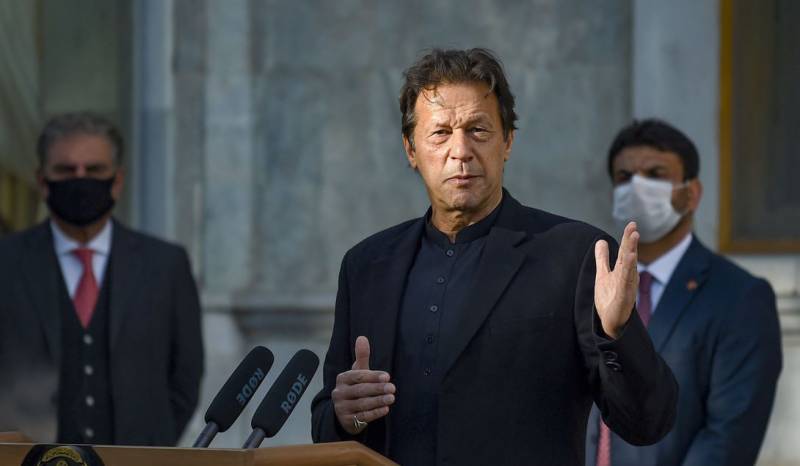 ISLAMABAD – Prime Minister Imran Khan has said that the so-called War on Terror bred terrorists due to the civilian casualties caused by drone attacks in war-ravaged Afghanistan as he lamented joining the US-led coalition.

Khan shared his views during an exclusive interview with *CNN’s *Fareed Zakaria, which was aired on Sunday.

The premier said US military actions produced more terrorists as it went along. “I can tell you from Pakistan’s example because by joining the United States, we lost 80,000 people,” he said.

“I am convinced as it’s exactly the same what happened in Afghanistan,” PM said while condemning the night raids and drone attacks saying the “US must review its policy”.

Americans were being told that these attacks were accurate and only terrorists were targeted. “Bombs exploding in villages; how would they only eliminate terrorists?” he asked, terming it as ‘collateral damage’.

US people didn’t know the amount of collateral damage that happened as it was us who bore the brunt, PM said. We faced revenge attacks for being part of the US coalition, he said while recalling suicide attacks across the country.

PM further added, “You can’t compare, during the height of the ‘war on terror’ that Islamabad was a fortress. You had suicide attacks going on everywhere. Compared to what used to happen, terrorism is almost insignificant now. No other option for world but to engage with Taliban

Prime Minister said the world community needs to engage with the interim Afghan setup saying that there is no alternative to the Taliban regime and no one can replace them right now.

The only alternative we have right now is to work with the Taliban and incentivize them for what the world wants including an inclusive government, human rights, and women rights, in particular, he stressed.

Kabul can go into chaos and a humanitarian crisis will occur if the Taliban are abandoned and if these sanctions stay there and the banking system has no liquidity left amid severe sanctions, Khan said.

Emphasizing the implication of the distressing situation in the neighboring country, PM said Pakistan also facing refugee’s problem and terror attacks saying it’s the aftermath of instability in Afghanistan.

Stressing negotiations with the war-torn nation, Khan maintained that the Taliban was a very strong ideological movement and they represented a culture that was completely alien to the western societies.

PM mentioned three terror groups that are trying their best to create instability including TTP which had conducted attacks inside Pakistan, there were the Baloch insurgents who were conducting attacks especially recently, and then there were Islamic State terrorists.