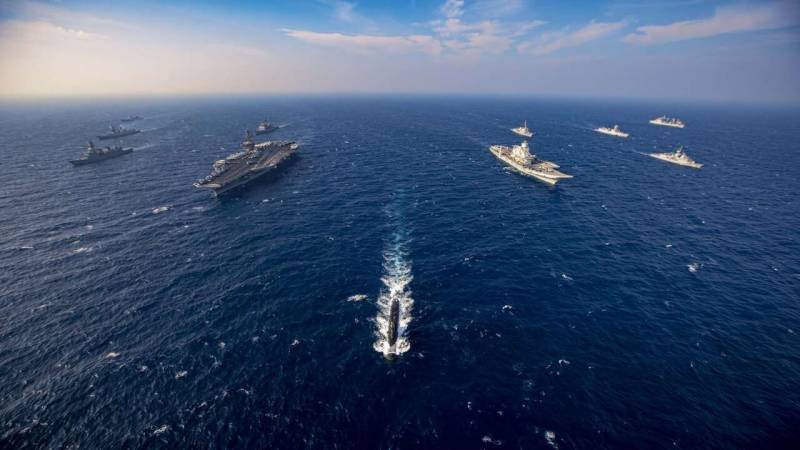 RIYADH – The Jewish naval forces are taking part in US-led naval exercises, joining the nations that Tel Aviv does not have formal ties with, including Pakistan and Saudi Arabia.

The exercises started in the beginning of February and will conclude in the coming week.

The 18-day biennial naval training event dubbed as IMX 22 includes nearly 60 countries and it comes amid heightened Gulf tensions after missile attacks on the Gulf region by Houthi rebels, that also targeted a base hosting American forces.

According to reports, more than 9,000 personnel from 60 countries are taking part in the International Maritime Exercise, which will focus on unmanned naval systems and the use of artificial intelligence.

Riyadh and Tel Aviv have also come closer as Tehran’s regional activities have increased as Houthis warned of more attacks and launched another attack on Abu Dhabi earlier on January 24.

Meanwhile, Israel and Bahrain also signed a security cooperation agreement earlier this week amid heightened tensions in the region.

Bahrain, along with the United Arab Emirates, normalized ties with Israel in 2020 under the US-brokered Abraham Accords, partly out of the shared concerns about Iran. The recent pact of the Jewish state with Bahrain was the first such pact that Israel had reached with one of its new allies in the Gulf.