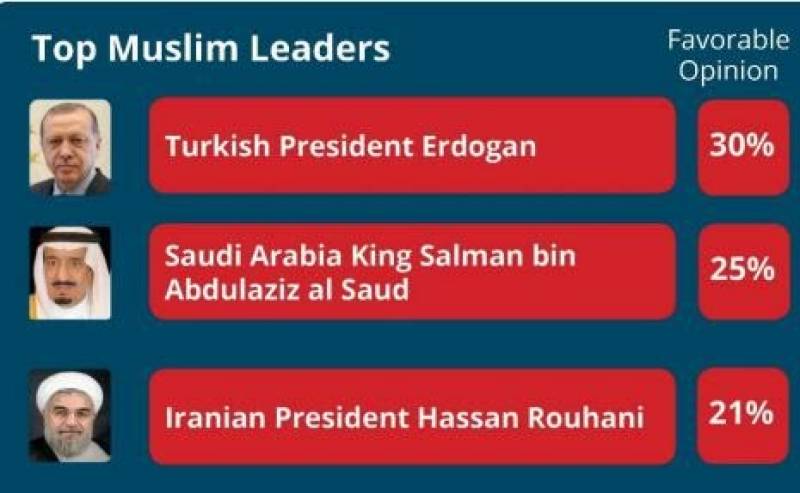 Results of a Gallup International Survey say Turkish President Recep Tayyip Erdogan is the most popular Muslim political leader in the world.

According to an annual popularity index of world political leaders released by Gallup International in collaboration with Gallup Pakistan, Erdogan has emerged as the most popular Muslim leader in the world at 30% rating.

Saudi Crown Prince Mohammed bin Salman comes in second at 25% and President Rouhani of Iran finishes at number three with a 21% rating.

Erdogan also has the honour of being included among the top five most popular political leaders in the world. Merkel of Germany leads the ratings with 46% followed by Macron of France at 40%, Putin at 36%, Trump at 31% and Erdogan at 30% (tied for the fifth spot with British Prime Minister Boris Johnson).

These have emerged as the top five global leaders in the world by popularity.