Pakistan government makes history with first ever transgender woman in the World included in the high level UN delegation
14 Feb, 2020 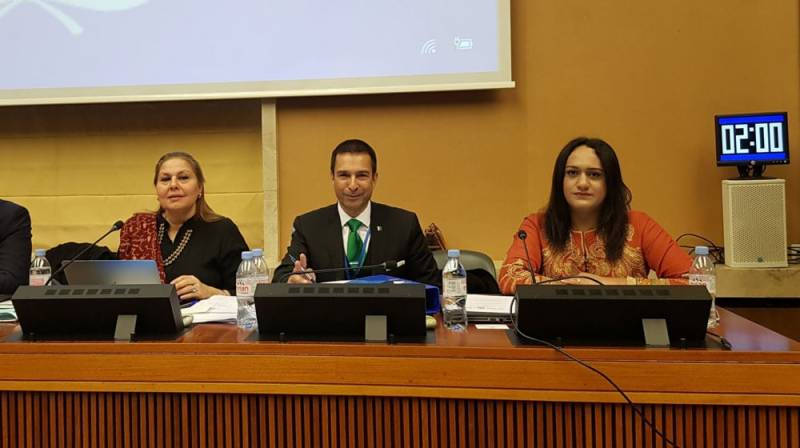 ISLAMABAD - Pakistan government makes history with first ever transgender woman in the World included in the high level UN delegation.

Aisha Mughal has become the first transgender woman to represent Pakistan at a United Nations Forum officially. She was recently included in the country’s delegation at the United Nations’ Convention to End All Forms of Discrimination Against Women (CEDAW) committee.

The significant moment was marked with her inaugural address at the forum on Thursday.

With this development, Pakistan also became the first-ever country in the world to give representation to a trans person at this level.

“The Government of Pakistan has become the first country in the world to include a legally recognized Transgender woman, Ms. Aisha Mughal, in its National Delegation at the UN CEDAW committee.”

For those unaware, Aisha Mughal is a Transgender Rights Experts and Focal Person at the Ministry of Human Rights. She has been passionately working for the rights of the transgender community in Pakistan.

Aisha has an M.Phil degree in Human Resource Management from COMSATS Islamabad and is also the first transgender lecturer in the visiting faculty at Quaid-e-Azam University.