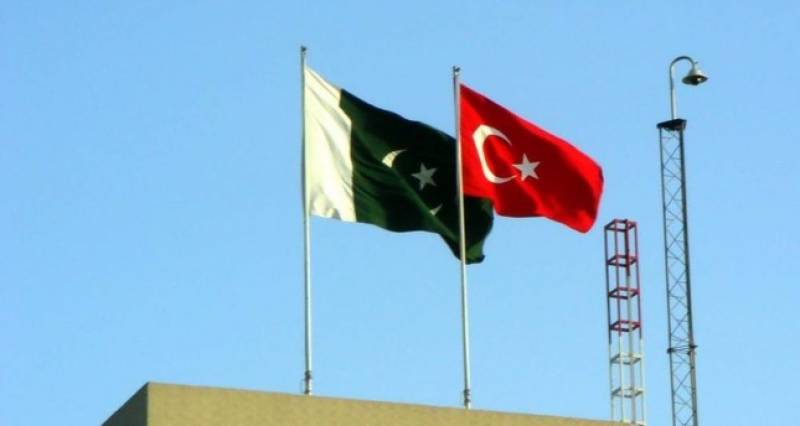 ISLAMABAD: Pakistan and Turkish Businessmen sign multiple joint ventures on the first day of a Turkish business delegation’s visit to the country.

A number of memorandums of understanding (MoUs), agreements and joint ventures were signed between the businessmen of the two countries.

Witnessing the signing ceremony on Thursday, Adviser to Prime Minister on Commerce Abdul Razak Dawood said that a few of these would be materialised in the near future.

“Hititi Computer Service of Turkey, which provides aviation IT services to at least 30 international airlines and is the biggest partner of the Pakistan International Airline (PIA) for Passenger Services System (PSS) and catering, has finalised a contract with the National University of Science and Technology (NUST) to open an incubation centre in the first science and technology park to be developed in Pakistan,” the adviser said in a tweet.

According to officials, the Joint Working Group of Pakistan and Turkey on Trade and Investment was held between the delegations of the two sides. The delegation of both countries explored various opportunities for trade and investment between both countries. The joint working group also finalised two MoUs, including an agreement on trade facilitation and customs cooperation and cooperation for Halal accreditation and conformity assessment. These MoUs would be signed in the preliminary session.

“It was a pleasure meeting with the Turkish businessmen at the B2B session which was organized by the Ministry of Commerce and Trade Development Authority of Pakistan (TDAP). I am very happy to announce that a few of Joint Ventures will materialize in the near future,” Razak Dawood said in another tweet.

The B2B meeting was organized at a local hotel in Islamabad on the occasion of the visit of Turkish President Recep Tayyip Erdogan.

According to officials of the Ministry of Commerce, the objective of this initiative was to bring businessmen from Pakistan and Turkey under one roof to explore ways to enhance trade and investment.

The Turkish business delegation comprised leading business representatives from sectors, including engineering, energy, tourism, construction, defence, automotive, chemicals and IT. More than 200 prominent businessmen from Pakistani counterpart sectors, leading trade bodies like FPCCI, SCCI, ICCI, PBC, etc. and government organisations, including PBIT, TDCP, PTDC from the Pakistan side and TUMSAID, DIEK, Pakistan-Turkey Friendship Association, etc. from Turkish side were present on the occasion.

All the speakers expressed great enthusiasm regarding the enhancement of trade and economic relations between the two nations and the visit of the delegation was generally remarked upon as a milestone for the opening of best possible avenues of cooperation in trade and investment ties between Pakistan and Turkey.