Pulwama suicide attack turns out to the biggest ever in history of Indian Occupied Kashmir: India media
14 Feb, 2019 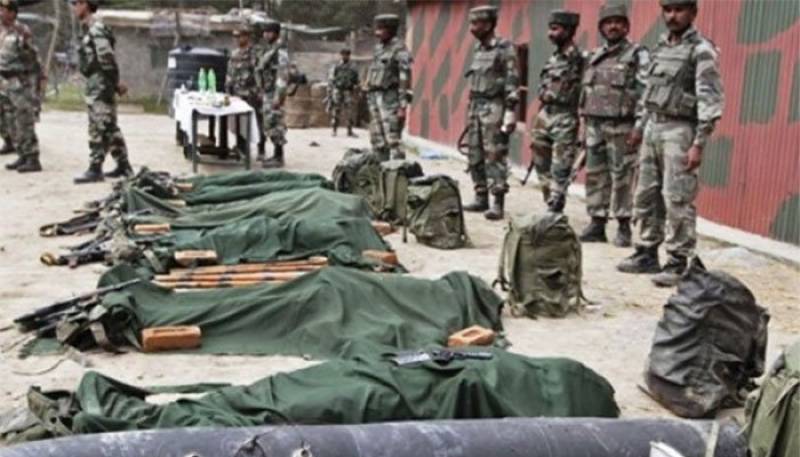 SRINAGAR - As many as 40 CRPF jawans were martyred in Jammu and Kashmir's Pulwama district on Thursday when a Jaish-e-Mohammed terrorist rammed an explosive-laden vehicle into the bus they were travelling in, officials said. The terror group has claimed responsibility for the cowardly attack.

Police identified the terrorist as Adil Ahmad from Kakapora in Pulwama. He joined the Jaish-Mohammed in 2018. The casualties are likely to go up. Several people were injured in the terror attack, which reduced the bus to a mangled heap of iron. Body parts could be strewn around the area.

The vehicle was blown up on the Srinagar-Jammu highway in Awantipora area of the district, a police official said.

This is now the biggest militant attacks in Kashmir against security forces in the last two decades.

In 2001, JeM carried out a suicide bomb attack outside the Srinagar secretariat killing 38 people and injuring 40. This attack is also bigger than the Uri attack in 2016 where 19 army men were killed.