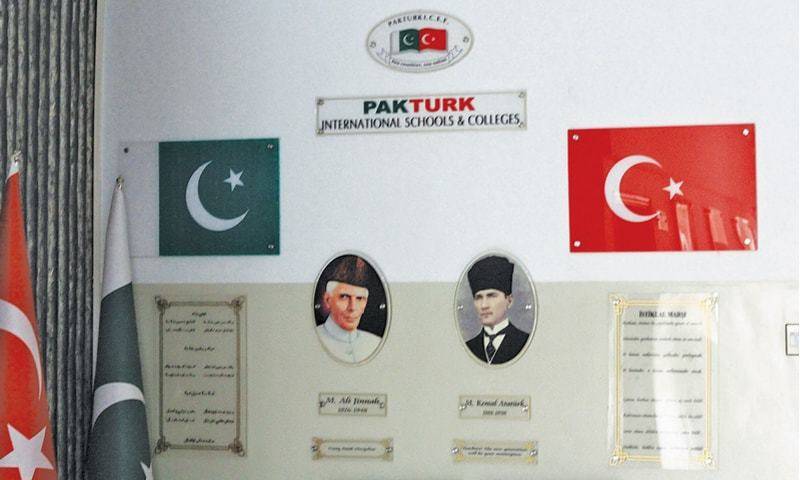 ISLAMABAD: The issue of the Pak-Turk schools seems to be settling down as Pakistan and Turkey have reached an agreement for the smooth running of the schools.

Turkey’s Maarif Foundation will take over the administration of Pak-Turk Schools in Pakistan following the registration of the foundation as an INGO by the Ministry of Interior.

The registration comes after the interior ministry denied extending the visas of existing Turkish staff of Pak-Turk schools present in the country. The staff have been asked to leave the country.

The Maarif Foundation is funded by the Saudi government and the Islamic Development Bank (IDB) and was founded in 2016. The foundation will take over the management of 28 schools in the country.

The 28 officials of the foundation, who have arrived in Pakistan, are undergoing a two-month long English language course at the National University of Modern Languages (Numl) in Islamabad.

“We see the arrival of the Maarif Foundation as a bad omen for Pakistan. The new administration will radicalise the mainstream education in the country. The United States and European countries have not allowed the foundation in their countries,” said a senior administrator of Pak-Turk Schools.

The school official added that Afghanistan has also refused to hand over Pak-Turk schools to the foundation.

The Pak-Turk schools used to be administered by a foundation linked to Fethullah Gulen, once an ally of Turkish President Recep Tayyip Erdogan.

However, after an abortive military coup in July 2016, the Turkish leadership blamed Gulen for sponsoring the overthrow attempt, resulting in a global crackdown on the religious and educational network led by him.

The Turkish government, in the wake of the attempted coup, jailed over 120,000 individuals on charges of facilitating rebels.