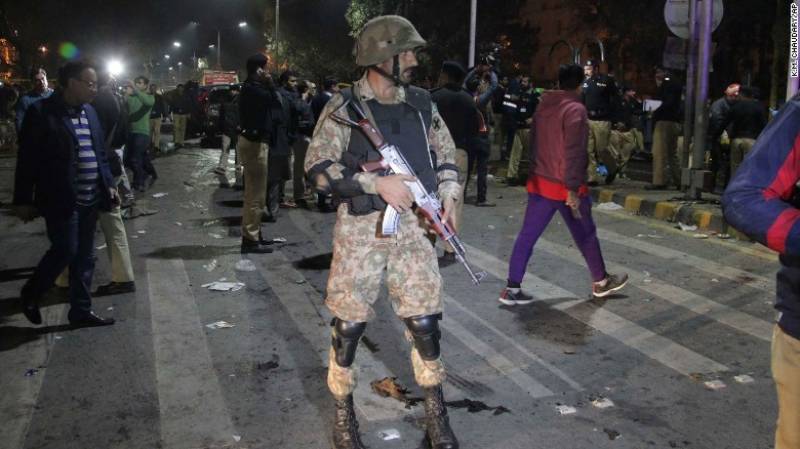 LAHORE: The initial investigation report of the Lahore Mall Road blast has been prepared by the Law Enforcement Agencies.

His accomplices mixed into the crowd.

The age of the suicide bomber was between 20 to 22 years, police said. Over six to eight kilogrammes of explosives were used in the blast. The suicide bomber’s head, hair and other body parts have been sent to a laboratory.

Punjab Law Minister Rana Sanaullah said the attacker had been identified and his target was police.

Earlier on Tuesday, funeral prayers were held for seven policemen who were martyred in the blast.

Senior police officers including the Chief Traffic Officer Syed Ahmed Mobin and Senior Superintendent of Police Zahid Gondal were martyred in the incident.