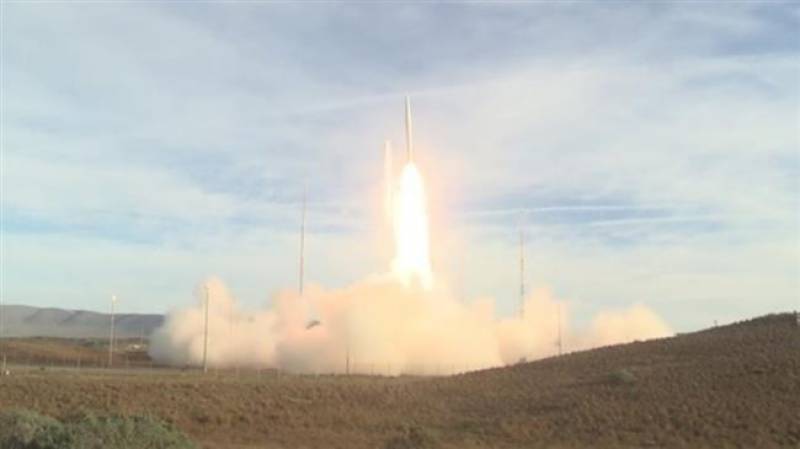 ISLAMABAD - The US Defense Department has tested a medium-range ballistic missile, the second test in four months of an offensive missile that would have been banned under the Intermediate-range Nuclear Forces Treaty (INF) that Washington exited in August.

The Pentagon said in a statement on Thursday that the test took place earlier in the day from Vandenberg Air Force Base near Los Angeles, California, and the missile flew for more than 310 miles (500 km).

The United States formally withdrew from the landmark 1987 INF pact with Russia in August after claiming that Moscow was violating the treaty, an accusation that Russia has denied.

The treaty, negotiated by then-US President Ronald Reagan and Soviet leader Mikhail Gorbachev, banned land-based missiles with a range of between 310 and 3,400 miles (500 to 5,500 km).

Moscow denies flouting the accord and has accused Washington of breaking the pact.

The dispute is escalating the worst US-Russia friction since the Cold War ended in 1991. [image: Russia warns against another arms race as US tested new missile] link Some experts believe the treaty’s collapse could undermine other arms control agreements and lead to the proliferation of nuclear weapons. link

The missile tests are part of a new momentum President Donald Trump’s administration has given to the US policy of "strategic rivalry" with China and Russia, two countries seen increasingly as a threat by Washington.

In September, US Secretary of Defense Mark Esper said abandoning the INF treaty would free up the US military to deal with Russia and China.