Supreme Court was not opened at midnight on Army’s instructions: ISPR
14 Apr, 2022 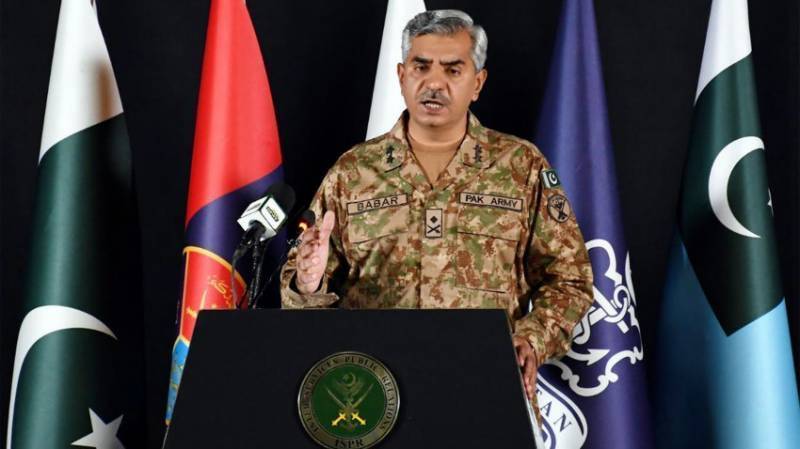 Gen Iftikhar said there is no truth to ongoing rumors, saying there was no deal or contact between civil-military leaders. He mentioned that army is supposed to have cordial relations with the state and General Bajwa still has pleasant relations with former PM Imran.

Rejecting the claim that the top judge opened court at midnight on any input from the military or there was any possibility of martial law, he said there will never be another martial law in the country as Pakistan will move into the future as a democratic state.

DG ISPR also mentioned if anyone has evidence about the army’s role in development that occurred on the eve of voting against the former premier, they must come forward with it. He also added that Pakistan Army has no power to give NRO, a controversial ordinance, to anyone.

Addressing the presser, DG ISPR also mentioned that India took advantage of political turmoil in Pakistan as they interfere in the cyber domain and they were targeting the military. He however mentioned that such factors could not create rift in society.

Commenting on the ongoing propaganda against armed forces, he said intelligence had gathered all the data on the social networking sites and will act over it.

He also cleared the air on General Bajwa’s absence from the swearing-in ceremony of Shehbaz Sharif, saying he was not well and did not come to the office on the day.