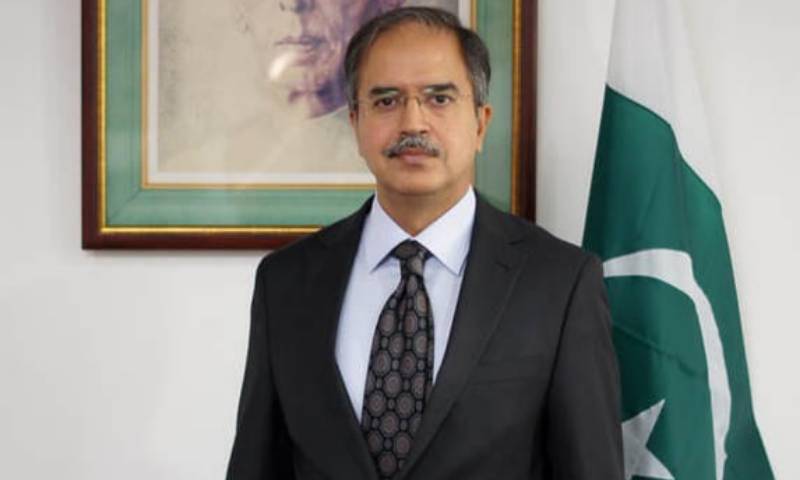 The Foreign Office (FO) Wednesday said that Our concerns and rejection of the unwarranted reference to Pakistan in the US-India Statement have been conveyed to the US side through diplomatic channels,” said the spokesperson.

FO further said that the “gratuitous reference” of Pakistan made in the joint statement issued after the US-India 2+2 Ministerial Dialogue was “alluding to some non-existent and dismantled entities” that were betraying the “misplaced counter-terrorism focus” of US and India.

The joint statement was issued after the conclusion of talks in Washington.

“Pakistan categorically rejects the unwarranted reference in the Statement issued after the US-India 2+2 Ministerial Dialogue on April 11, 2022. The gratuitous reference in the statement alluding to some non-existent and dismantled entities betrays misplaced counter-terrorism focus of both countries,” said the FO spokesperson.

The spokesperson noted that it was “unfortunate that a bilateral cooperation mechanism” was “being used to target a third country for political expediency and to mislead public opinion away from the real and emerging terrorism threats”.

“The assertions made against Pakistan in the statement are malicious and lack any credibility,” said the FO.

The spokesperson reminded India and US that Islamabad has “remained a major, proactive, reliable and willing partner of the international community in the global fight against terrorism over the last two decades”.

“Pakistan’s successes and sacrifices in countering terrorism are unparalleled and widely acknowledged by the international community, including the United States. No country in the region has sacrificed more for peace than Pakistan,” said the spokesperson.

The FO added that New Delhi’s “insinuations” against Islamabad were a “desperate attempt” to hide its state-terrorism and atrocities in Indian Occupied Kashmir (IoK).

“Responsible members of the international community must condemn India’s use of terrorism as an instrument of state policy and the impunity that continues to be associated with it. India’s terrorism network using the soil of other countries and through supporting UN-designated terrorist organisations, is on record. Failing to take cognizance of this serious situation is tantamount to abdication of international responsibility,” said the spokesperson.

Pakistan said that it expects and urged the “partner countries to take an objective view of the issues of peace and security in South Asia”. It also appealed that the partner countries should avoid “associating themselves with positions that are one-sided, politically motivated, and divorced from ground realities”.