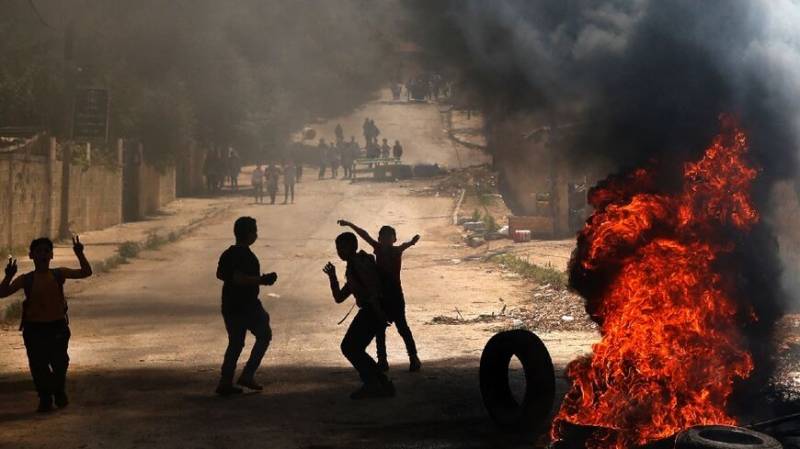 Two Palestinians were martyred Thursday when Israeli forces launched fresh raids into the West Bank flashpoint district of Jenin, a week after a gunman from there went on a deadly shooting spree in Tel Aviv link.

Israel has poured additional forces into the West Bank and is reinforcing its wall and fence barrier with the territory after four deadly attacks have claimed 14 lives in Israel, most of them civilians, in the past three weeks.

The Israeli army said that on its sixth straight day of "counterterrorism activities" it came under attack link from a violent crowd in Kafr Dan, a village northwest of Jenin.-APP/AFP