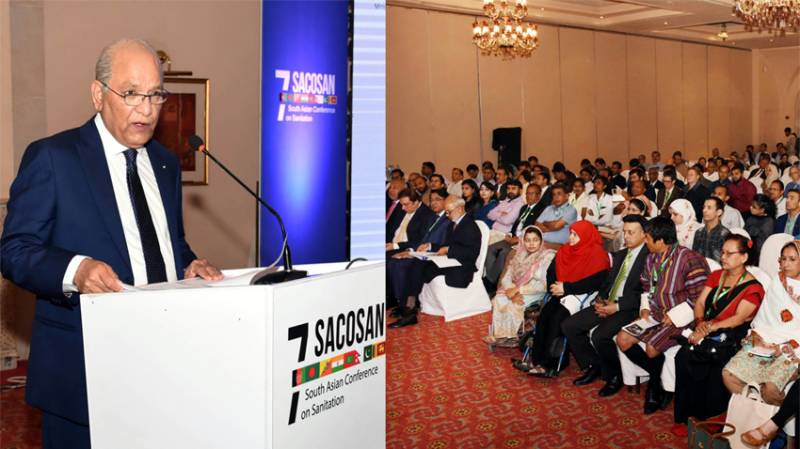 ISLAMABAD:South Asian countries have agreed to introduce essential sector reforms based on comprehensive legislative review with a specific focus on regulatory frameworks to strengthen sanitation and hygiene in their respective areas.

In a joint declaration of South Asian Conference on Sanitation in Islamabad today (Friday), they said the moot has promoted collaboration and cooperation to plan and deliver agenda 2030.

It has helped prepare for high level political forum on sustainable development that will be held in July this year.

During the last three days participants of the conference deliberated on a number of events which gave solutions to achieve safe sanitation.

Speaking in the closing ceremony of the conference Minister for Climate Change Mashahidullah Khan said good sanitation is crucial for people's health and financial prosperity.

He said diseases spread by poor sanitation kill thousands of South Asian children each year. He said collective efforts are required to overcome the issue.

He said since the launch of MDGs in 1990 to 2015 Government of Pakistan has allocated substantial resources to water and sanitation sector.