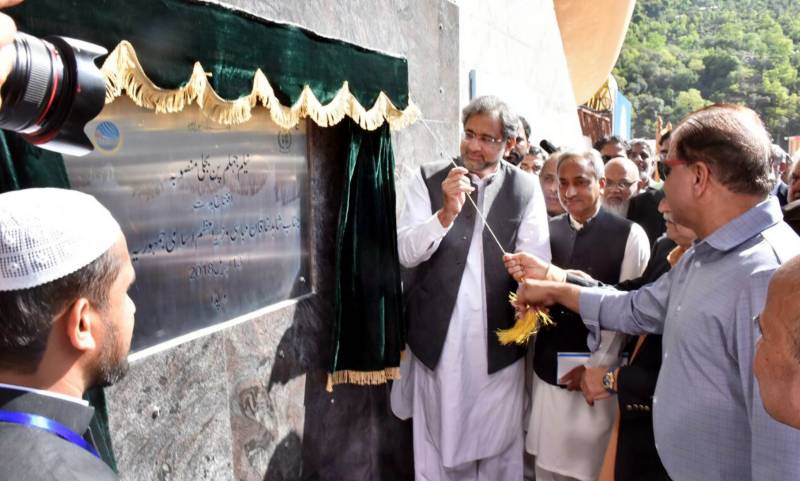 Addressing the inaugural ceremony in Muzaffarabad, he said the other two units of the 969-megawatt project will be completed within two months.

Prime Minister said the project will generate 5.15 billion units of electricity annually besides an annual revenue of about 55 billion rupees. As many as four thousand and five hundred people will get employment in the project.

Shahid Khaqan Abbasi said the government had to face different technical and financial challenges to execute the project; however, they were successfully overcome, and the project today became a reality.

He said power plants having capacity of 10,400 megawatts of electricity have been operationalized by the present government.

He said the gap between demand and supply in the country has been overcome. Load-shedding is being observed only in those areas where power-theft is recorded.

Shahid Khaqan Abbasi said work on Dasu dam has been initiated and the government is determined to implement the projects of Mohmand and Diamer-Bhasha dams.