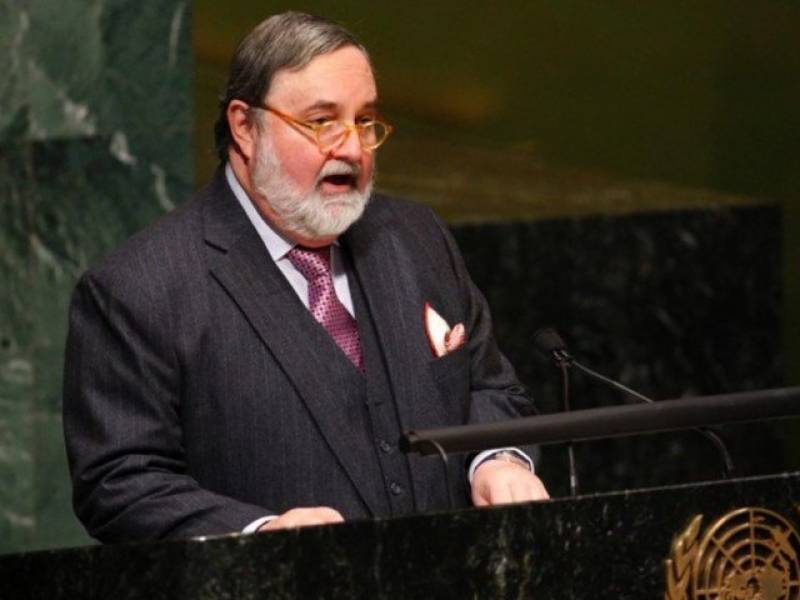 ISLAMABAD - Pakistan’s former ambassador to the United Nations Abdullah Hussain Haroon has warned world powers against fuelling the war in Syria, saying it may lead to the third world war.

“Unfortunately, a lot of leadership in the world is playing all sorts of games and the wider vision is being ignored,” Haroon said in a statement posted on his Facebook account.

“All the ingredients that can lead to an international war exist in Syria, which would not just last there,” the former envoy said.

Addressing the US administration specifically, Haroon said, “don’t take another few million people to embroil them in a world war because you already have seen the result of the refugee crisis in Europe.”

No matter what [US President Donald] Trump says, he is not going to leave Syria alone, for a very simple reason that the country has to be divided into several different factions.

Haroon, who represented Pakistan at the UN from September 2008 to December 2012, pointed to the circumstances of war in Iraq, Libya, Yemen, and said, “now Syria is going the same path, this is not manageable.”

“The world has become a dangerous place than it already was,” he said. “Here, there are so many different races, thoughts, religions and people, put together in the way that has become very difficult to maintain.

Haroon also cautioned the Muslims in general on the unfolding situation. “The immense damage to this region, its all [being inflicted on] Muslims to begin with.”

It’s time that people start to realise; stop cutting each other to size in the name of religion.”

He advised the world powers again, saying, “there should be an attempt to bring together people, rather than try and forcing them into various factions and arm them for it.”

“Let the forces in this region be the forces; you cannot cut them and claim to represent them; let everyone have a share of speaking and peace and those who obliterate the peace [should] help those countries to strengthen and remove irritants, not bomb them and blast them to the end of the earth.”

“Try and work through peaceful means; this ganging up must stop, we must learn to listen to each other, we must stop threatening, we must stop all these matters that are leading to more hate, more outrage, and it is not stopping right here unless you stop it.”