One of the biggest deal of the cricket history in offing: Report
14 Apr, 2018 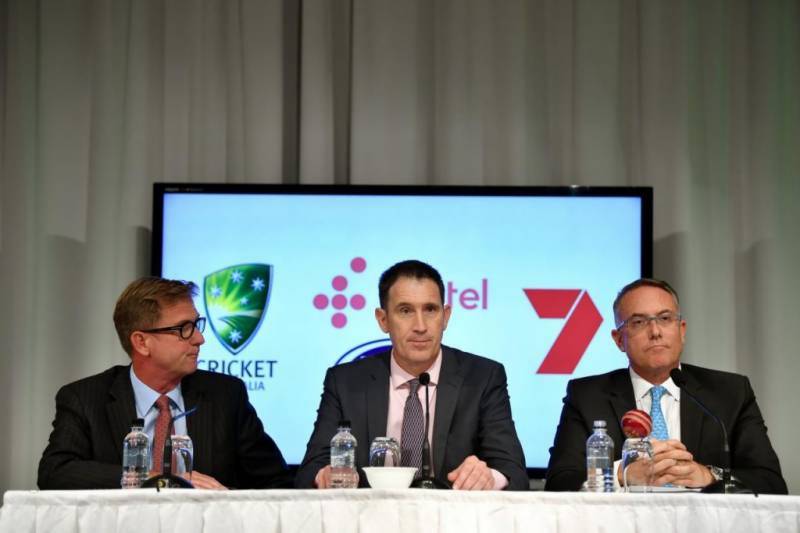 SYDNEY – Cricket Australia has signed a new six-year broadcast agreement worth A$1.2 billion (£655.7 million), the board said on Friday, allaying fears of a financial blow in the wake of last month’s ball-tampering scandal in South Africa.

The deal was negotiated amid the fallout from the test match in South Africa during which Australia’s players hatched a plan to tamper with the ball, only to be caught by cameras.

Three players, including then captain Steve Smith, have been suspended.

“We’ve obviously got some rebuilding to do, but it is something that we’ve spoken to both Fox and Seven about,” Sutherland told reporters in Sydney on Friday.

“We are delighted to have them as partners; they are committed to us rebuilding that trust and confidence, not just for Cricket <link>Australia as an organisation and cricket as a sport but also through our players.”

CA said in a statement on Friday that the broadcast and digital deal was worth A$1.18 billion over six years. It was not immediately clear how the figure was calculated.

Seven said in a statement to shareholders that its share of the annual cash rights cost was A$75 million. Shares in broadcaster Seven were up more than 12 percent on Friday, while Nine’s share price was flat. - Agencies