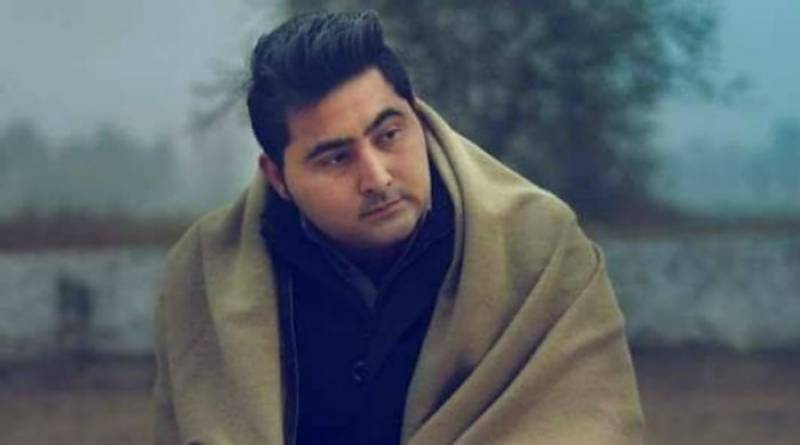 LAHORE: Students and members of various human rights groups gathered in front of the Lahore press club on Friday to commemorate one year since Mashal Khan, a student at the Abdul Wali Khan University in Mardan, was brutally lynched by his fellow students on false charges of blasphemy.

Carrying placards with the messages ‘Killed on Campus, Justice for Mashal and I Am Mashal,’ written on them, the protesters called for educational institutions to become intellectual spaces that encouraged critical discourse rather than hotbeds of extremist ideas and violent eruptions.

Mashal’s death is a failure of the state which has, for too long, given a free reign to fascist tendencies to assert themselves in our public spaces.

According to a press release issued by the organizers, the members of the Feminist Collective performed the Punjabi songs: Asaan Keeta Na Manzoor and Chattoo Watta.

The songs symbolize resistance and refusal to continue toeing lines that breed alienation, hatred and animosity amongst us.

Members of the Azad Funkar, an independent theatre group, performed a play recreating the horrific incident – the lynching of Mashal.

The idea was to set the record straight, explained Takreema Arooj, who leads the theatre troupe.

“Mashal was killed because of the instigation of the university administration, which Mashal had exposed as being corrupt… It was not about blasphemy.”

Ziaullah Hamdard, Mashal’s teacher and a key witness in the murder case before the Supreme Court, addressed the students gathered at the demo.

Despite the security situation created in the city by members of Tehreek-i-Labaik Ya Rasool Pakistan the other day, a good number of students from various universities including the Punjab University, the Government College University Lahore, FAST, Beaconhouse National University and others participated in the protest.