Pakistan to participate in U15 Baseball World Cup in Japan
14 Apr, 2017 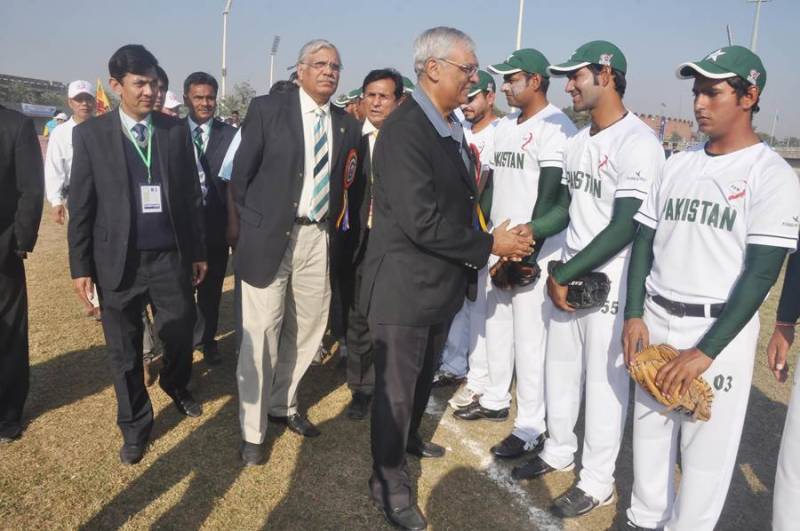 PESHAWAR (APP): Pakistan will participate in the forthcoming Under-15 Baseball World Cup to be scheduled in Japan in November this year.

Syed Khawar Shah, who is also Ex-DG Punjab Sports Board, said that it is for the first time in the history of Pakistan that any federation comes up by short-listing players in the age of Under-12 and Under-15 for the national academy.

He said, the selected probable from all across FATA would be trained and coached for longer duration. The probables would also be provided free education, boarding and lodging in leading schools of the country for five-years, he added.

He disclosed that the short-listed probable from FATA would get ample opportunities of playing at national and international levels. He said FATA is full of talented players of baseball because the youth have strong physical structure and bone.

In a question, he said, Pakistan Baseball Federation would bear all expenses of the players from FATA because the youth of FATA have suffered a lot due to insurgency and militancy in their areas. Certainly, PBF is the first federation by taking initiative in enrolling FATA players for 5-years in the Baseball Academy working in Lahore.

He also thanked President FATA Olympic Association Shahid Khan Shinwari for taking pain in this connection and invited him to Peshawar for conducting open trials for Under-12 and Under-15 youth of FATA. He said baseball is an Olympic Game and more than 144 countries of the world are the member of the World Baseball Federation.

He said, Pakistani team has participated in many of the international and regional tournaments and has achieved many successes. It has won the Asian Baseball Championship (C level) title in 2010, where they won 10-0 against HK in the final round, and five titles at the Asian Baseball Cup, winning the last tournament in 2015, he added.

He said, the team qualified for the World Baseball Classic qualifier round for the first time where they will be competing against Brazil in 2016, he said, adding that the team is made up exclusively of amateur players.