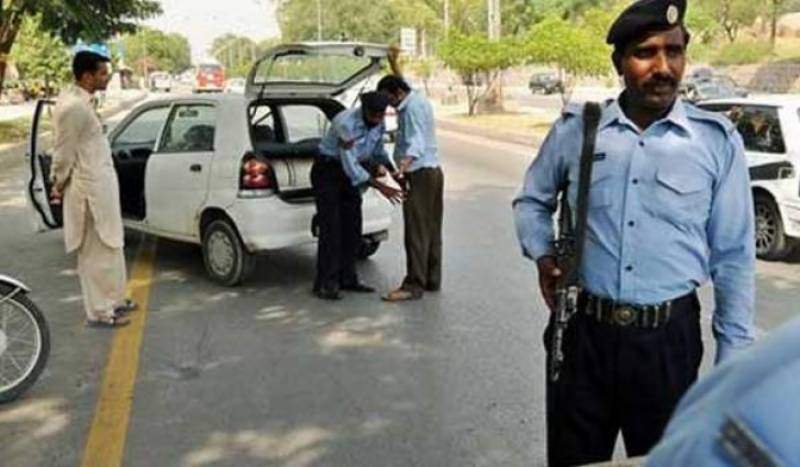 He made these directions while chairing a meeting held to review the security, crime and law & order situation in Islamabad on Friday. The meeting was attended among others by DIG (Security) Waqar Ahmed Chohan, all AIGs, SSP (Operations) Sajid Kiani, SSP (Traffic) Malik Matloob Ahmed, AIG (Special Branch) Muhammad Ilyas, Zonal SPs and SDPOs.

The IGP directed all police officials to ensure decent behavior with people whether on duty at their offices, police stations or checking points.

He said that coordination with citizens should be enhanced through effective functioning of Conciliatory and Peace Committees at police stations level.

He asked to continue the search as well as combing operations in the district and launch crackdown against proclaimed offenders and drug peddlers. He said that all SHOs and Investigation Officers should be assigned task to ensure arrests of proclaimed offenders.

The standard of investigation should be improved and all pending cases to be disposed off purely on merit, he added.

The IGP asked to ensure vigilance around slum areas and to compile complete data of tenants and property dealers in the city.

He directed the police officials to brief their subordinate staff before sending them to duty and ensure discipline among the employees.

The IGP asked officials of Special Branch to maintain coordination with all police divisions and share important information with them.

To officials of Islamabad Traffic Police,Khattak directed to continue the education campaign and ensure effective measures for smooth flow of traffic in the city. About campaign against fancy and unauthorized number plates, he asked to devise a proper plan for its success and attitude of traffic officials with citizens should be decent.

The IGP asked to ensure welfare steps for policemen and encourage those showing good performance. He also issued directions to organize sports events at police divisions' level to ensure their mental and physical fitness. (APP)