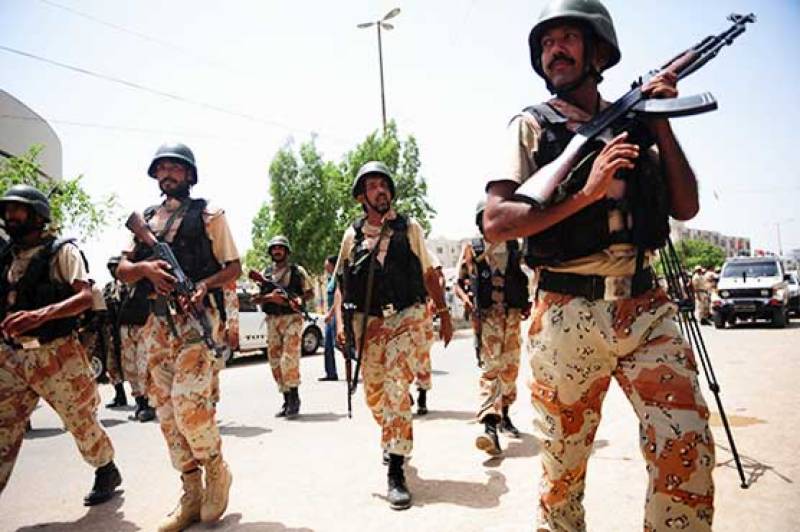 ISLAMABAD: At least 10 hardcore terrorists were killed while three rangers embraced martyrdom in an operation against the terrorists in the vicinity of Dera Ghazi Khan on early Friday.

In sequel to the operation Radd-ul-Fasaad Pakistan Rangers (Punjab), Intelligence Agencies and Counter Terrorism Department undertook a joint operation against terrorists affiliated with Tehrik Taliban Pakistan and their facilitator, hardened criminals holed up in a hideout in Basti Dadwani near Choti Zerin, 15 Km South of DG Khan.

The operation was continuing till the mid-day to flush the area of terrorists who were involved in heinous crimes, ransom and terrorist activities. (APP)