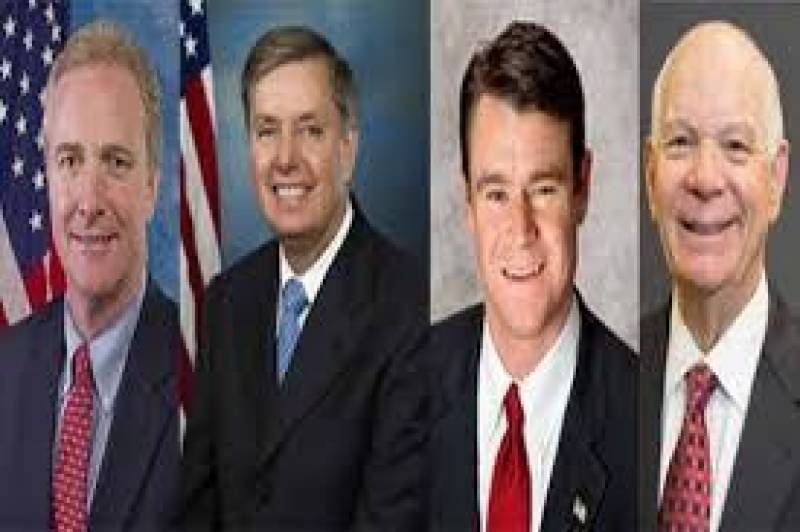 The US senators have urged President Donald Trump to help in ending the current humanitarian crisis in Occupied Kashmir.

The US Senators Chris Van Hollen, Todd Young (R-Ind.), Ben Cardin, (D-Md.), and Lindsey Graham (R-S.C.) wrote to President Trump and raised their concerns about the ongoing situation in Kashmir.

Senators wrote “With each passing day, the situation for the people of Kashmir becomes increasingly difficult. Therefore, we ask that you call upon Prime Minister Modi to fully restore telecommunications and internet services, lift the lockdown and curfew, and release Kashmiris detained pursuant to India’s revocation of Article 370”.

It further stated “The United States has a vital role to play in facilitating a resolution to this humanitarian crisis, and we urge you to act swiftly. Once the urgent humanitarian situation has been addressed, we hope the United States can play a constructive role in helping resolve the underlying disputes between the two nuclear powers, India and Pakistan”.