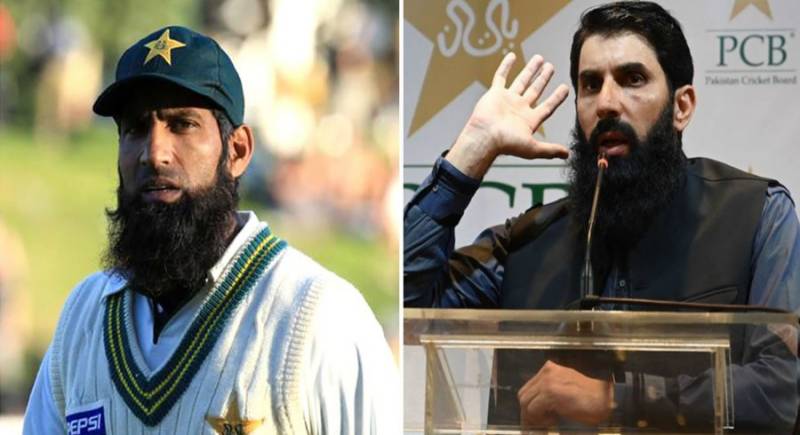 ISLAMABAD - Legendry Pakistani cricketer Mohammad Yousaf lashes out at Misbahul Huq and Pakistan Cricket Board over the selection choice for the Cricket Board.

Pakistan’s former cricketer Mohammad Yousaf has criticised the appointment of Misbahul Haq as the Men in Green’s head coach and chief selector.

While talking to Express News, the 45-year-old raised doubt over Misbah’s ability to infuse aggression in the Pakistan team.

"The Pakistan team lacks the technique, control and aggression," said Yousuf. "Someone who was not able to demonstrate positive thinking himself on the field of play despite being the captain, how could he improve the performance of the players?"

The 45-year-old also believes that Misbah unfairly blamed others for his defensive tactics.

"When Kane Williamson comes at number three, he scores a century. Meanwhile, Misbah would wait for three wickets to fall so he could claim that the situation warranted him to play defensively," he said.