US Air force has accelerated bombing campaign in Afghanistan
13 Sep, 2017 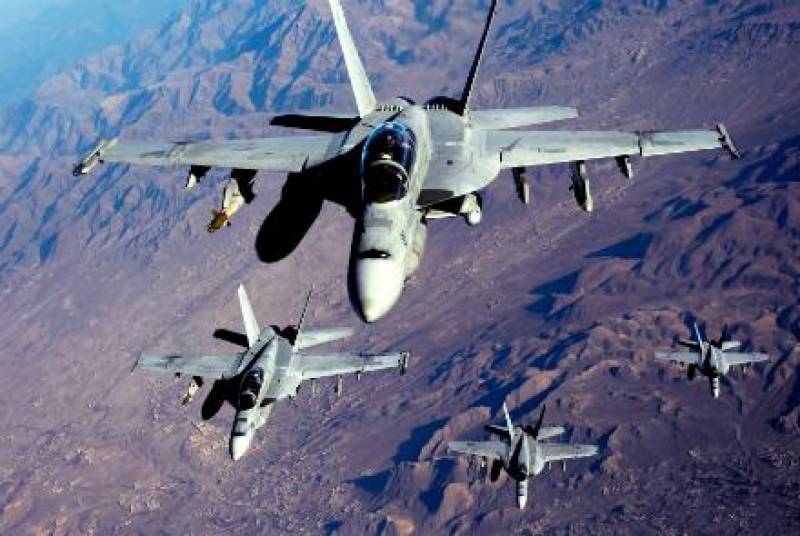 KABUL: The US Air Force in August released more than 500 weapons in Afghanistan against insurgent groups including the Taliban, al-Qaeda and Daesh,  marking the most in a single month since 2012, Military.com reported.

According to newly released figures, aircraft including F-16 Fighting Falcon fighter jets and MQ-9 Reaper drones have dropped more than 2,000 bombs this year, almost doubling the number released during the whole of last year.

The release of these figures comes after US President Donald Trump recently announced his new war strategy for Afghanistan.

On Saturday, Air Force Chief of Staff Gen. David Goldfein told Military.com that they are “in the process of doing the detailed planning [for] that strategy."

"And the discussion that we're having is - which is led by the supported combatant commander but supported also by the joint chiefs - and that is, what's the air-ground team that's required to be able to now execute the strategy that the president has laid out?" Goldfein said.

Last month Trump announced the US would send in additional troops, but he would not cite exact numbers. However, military sources have said that an additional 3,500 troops will deploy.

Military.com reported that Goldfein also said despite the August increase, the number of airstrikes in the country per month are relatively steady - in the hundreds - and that they were not exponentially increasing by the day. He did not elaborate on why the rate last month was higher than usual.

Even before Trump’s announcement Gen. John Nicholson, commander of US forces in Afghanistan and the NATO Resolute Support mission, had already been increasing airpower in the region, reported Military.com.

In April, Nicholson approved the highly publicized drop of the GBU-43 Massive Ordnance Air Blast (MOAB) - nicknamed "mother of all bombs" - against Daesh in the Achin district of eastern Nangarhar province.

It was the first time the MOAB, the highest-yielding, non-nuclear bomb in the US arsenal, had been used in combat.

US warplanes, meanwhile, dropped 460 weapons across Afghanistan that same month, more than the two previous months combined. The increase in strikes came from such aircraft as the F-16 fighter, MQ-9 drone and B-52 Stratofortress bomber, Military.com stated.